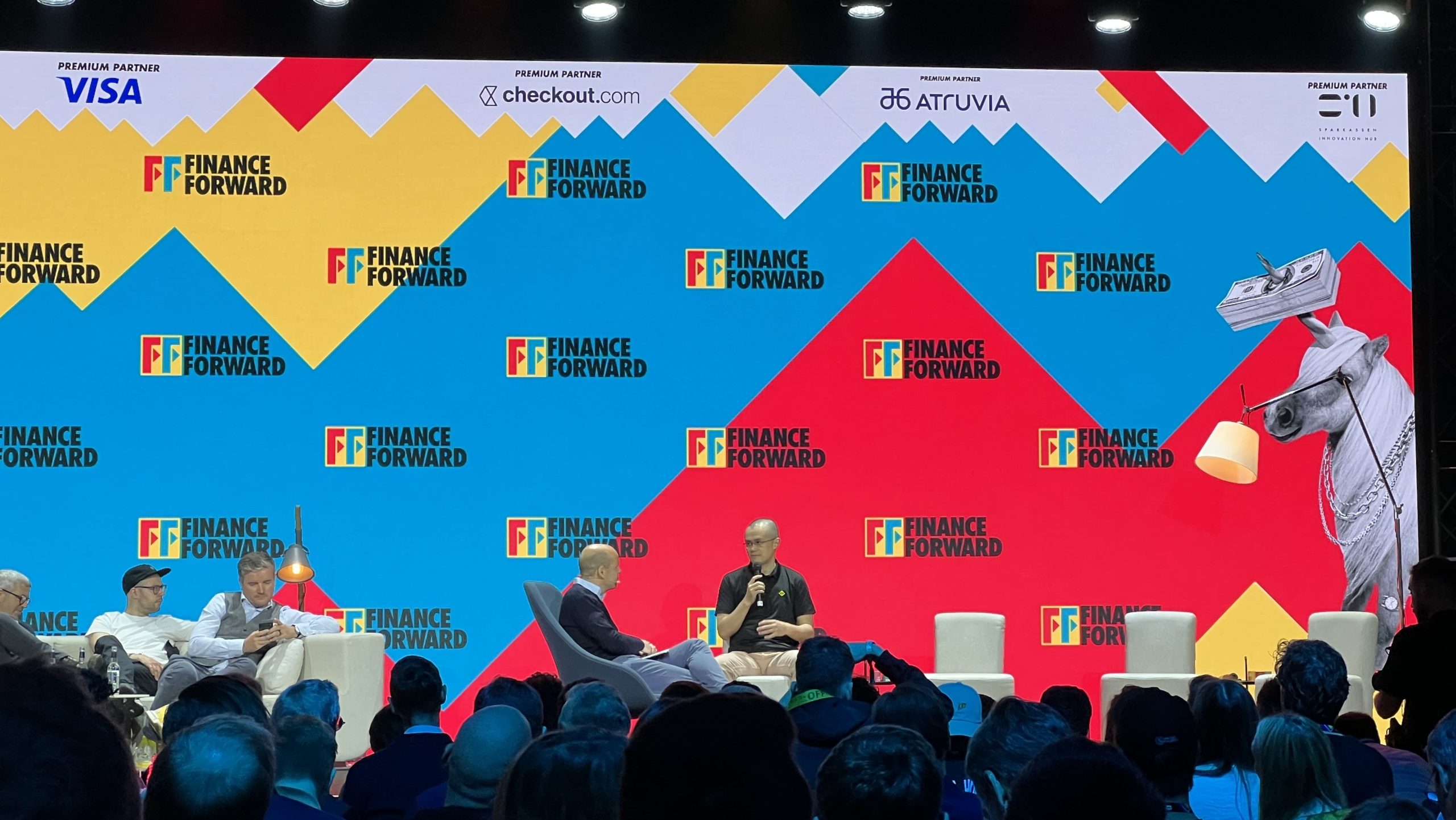 But at Finance Forward in Hamburg last week, a conference organized by the eponymous German fintech publication, the fallout from the collapse of the UST stablecoin hung in the air.

Just a week before the conference, the price of Luna (LUNA) and its associated algorithmic stablecoin UST plummeted as the latter broke away from its target price of $1. This led to its native blockchain, Terra, suspend operations twice and early investors like Binance lose a large part of their winnings – or worse, suffer heavy losses.

During a fireside chat, Binance CEO Changpeng Zhao acknowledged that the event was a calamity for the crypto industry, noting that many people suffered financial losses.

“Having shocks like this is a strong reminder for people to learn about real projects, not look for high incentives, and understand that new projects are very risky,” he said. “Stablecoins should be looked at and we should learn more about what is supporting them.”

The conversations The Block has had on the ground with fintech founders exploring crypto products for the first time, however, suggest that opinions remain divided on algorithmic stablecoins.

Kristina Walcker-Mayer, CEO of Nuri, a neobank with a crypto wallet that has nearly 500,000 users, believes the UST crash will help spur innovation, noting that the early days of the internet were also tumultuous.

“Anyone who probably had an interest in [Luna] is already a forerunner and should probably be aware of the risk,” she said. “I would never say there will never be an algorithmic stablecoin – we will see how innovation progresses and what new concepts are coming that will take into consideration the mistakes that have been made.”

The neobank is currently preparing a savings account on DeFi rails, which it says will be the first of its kind to be regulated by BaFin, the German regulator.

Erik Pondzuweit, founder and CEO of Scalable Capital, a neo-broker and robo-advisor that added crypto exposure late last year, was outwardly critical, however.

“I don’t believe in algorithmic stablecoins,” he said. “We’ve seen this before with Constant Proportion Portfolio Insurance (CPPI) in the world of traditional finance, they’re stable until they’re not.

Instead, Pondzuweit favors those backed by dollar reserves such as USDC and USDT and says the company is considering a DeFi product using such a stablecoin for yield generation.

Bitpanda CEO Eric Demuth was also critical, saying he was personally skeptical of new projects with huge incentives such as Terra and Anchor Protocol, which at one point advertised 20% interest rates. Instead, it favors investments in the most well-known cryptocurrencies such as BTC and ETH.

“Personally, I’ve never really invested in [Luna]he said, comparing it to the overhyped altcoins that eventually lost value. “And I don’t really understand the algorithmic stablecoin, which isn’t really a stablecoin because it’s not privately backed.”

The trading platform, however, continues to offer Luna on its platform with a staking option and currently has no plans to remove it. Demuth says they are waiting to see how the token fits in the coming months.

“It’s not a huge scam or something where you have to take it off,” he said. “It’s just a failed system.”

This differs from other fintech companies such as Revolut, which removed the wrapped version of Luna from its crypto offerings due to compliance issues according to founder Nik Storonsky.

However, every fintech founder The Block has spoken to says the effect on the market is a momentary stutter rather than a sign of an entire industry collapsing.

“I think people are more resilient in the crypto market than in the normal stock market,” Scalable’s Pondzuweit said. “It took over a decade for tech stocks to rebound from the dot.com crash, but in the cryptocurrency world, people stick with their investments.”

The founder of the bank as a fintech service Solarisbank Roland Folz says that they will only start offering algorithmic stablecoins on the platform if one has the potential for mass adoption.

“I’m old enough to have seen pretty much everything,” Folz said. “But I’m young enough to be really excited about any of these future projects. Some of them will work out. The majority probably won’t.

© 2022 The Block Crypto, Inc. All rights reserved. This article is provided for informational purposes only. It is not offered or intended for use as legal, tax, investment, financial or other advice.

Stimulus checks for Pennsylvanians? Here’s where Governor Tom Wolf’s push for $2,000 direct payments is at