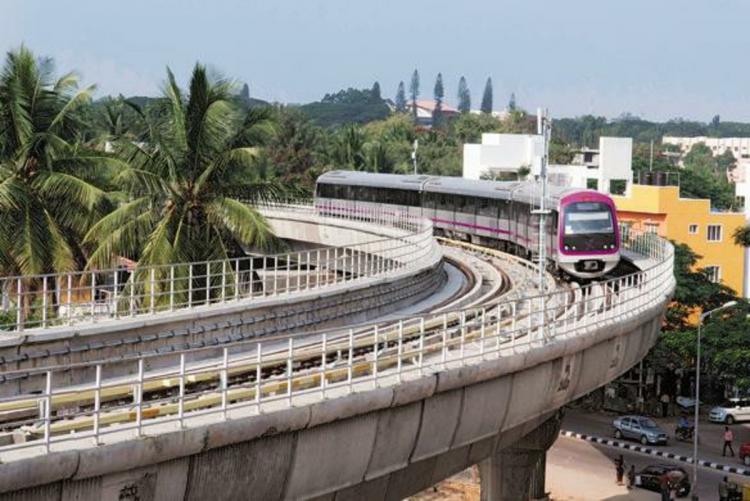 Japan has provided a loan that will be used for various ongoing infrastructure projects in India.

Japan on Friday pledged a loan of 52.03 billion yen (about 3,717 crore rupees) for phase two of the Bengaluru metro project. The funds would be used for the construction of three lines — 2A (20 km line from Silk Board – KR Puram), 2B (38 km from KR Puram-Kempegowda international airport terminal) and R6 (22 km from Nagawara – Gottigere) —From Namma Metro’s Phase Two. Japan’s Official Development Assistance (ODA) Loan Agreement was signed between CS Mohapatra, Deputy Secretary in the Department of Economic Affairs of the Ministry of Finance, and Japanese Ambassador Satoshi Suzuki.

The total amount of the subsidy sanctioned by Japan is around 233 billion yen (around Rs 154 billion) for several key infrastructure projects outside of the Bengaluru metro.

The loans included 119.97 billion yen for phase four of the Delhi metro. Japan has supported the Delhi Metro project from the start and has provided a total of 705,206 million Japanese yen (around Rs 47,000 crore) in ODA loans since 1997.

Japan would provide a loan of 11.30 billion yen to the Indian government for phase two of the project to promote crop diversification in Himachal Pradesh. The project aims to promote agricultural productivity and the sustainable diversification of crops towards crops with higher added value, and thus improve farmers’ incomes. Another 45.816 billion yen loan is being provided for phase two of the Rajasthan Rural Water Supply and Fluorosis Mitigation Project. The project aims to provide a sustainable and secure water supply by building water treatment plants and related facilities, including an extensive distribution network in Jhunjhunu and Barmer districts in Rajasthan.