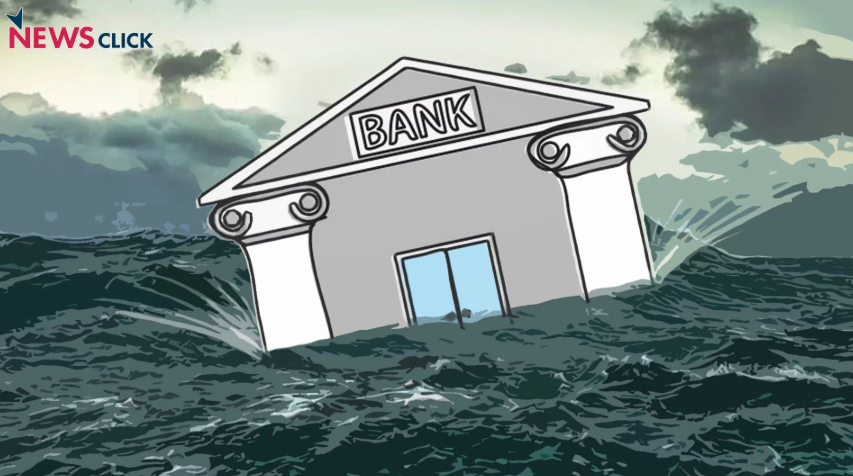 Bank privatization is not conducive to financial markets under capitalism

One of the most important arguments advanced by John Maynard Keynes, the renowned economist, was that the functioning of financial markets under capitalism is deeply flawed. Such markets are inherently unable to distinguish between “business” where an asset is held because of the stream of returns its ownership produces over time, and “speculation” where an asset is held not for that yield but only because it can be sold at a reasonable price. a higher price tomorrow to someone else who would in turn buy it because they believe they can sell it at an even higher price the day after tomorrow.

The existence of speculators in asset markets prevents the price of an asset from reflecting its “true value”, i.e. the present value of the stream of discounted profits it would generate in the future. And because of this divergence, the financial markets that channel investable resources, that is, the excess of society’s maximum producible production (“full employment”) over the consumption that would occur when this production is produced, towards the production of more particular assets (which we call investments), are constantly wrong in their calculations.

Regardless of the distribution of investable resources among the different assets, the total distributed is often too low compared to the investable resources available and sometimes too high. When the latter occurs, there is inflation; when the first occurs, which is the most common case, there is unemployment (or what Karl Marx called a crisis of “overproduction”).

The “realization” and distribution of investable resources could therefore not, according to Keynes, be left to the financial markets, because then the system would be grappling for a long time with “unacceptable” levels of unemployment for the people, endangering the survival Population. system itself (which he himself insisted on ensuring); it had to be supported by the state. He described this takeover by the state as “the socialization of investment”. In short, capitalism, for its own survival, required the socialization of investment, which meant the pursuit by the state of policies that would always keep the system close to full employment.

This does not mean that the State should only intervene in the event of unemployment. This did not imply avoiding state intervention in periods of speculative euphoria when the system would be at high levels of employment anyway, and limiting intervention only to periods when this euphoria s collapses; it rather means that the state must have a more permanent or sustainable role in ensuring full employment by eliminating the effects of these mood swings on employment, which means that the state must control the financial markets.

As a result, in the United States, during Franklin D Roosevelt’s New Deal, the Glass-Steagall Act was passed, which distinguished between commercial banking and investment banking and prevented commercial banks that took deposits from the public to engage in speculative activities.

This legislation was withdrawn under the Bill Clinton administration, which made possible the big asset price bubbles that supported the booms in the United States and therefore in the global economy; at the same time, however, the collapse of the real estate “bubble” had pushed the United States and the global economy towards much higher levels of unemployment, even before the pandemic hit.

But it is not just the collapse of the real economy that is a problem associated with the end of these speculation-driven booms; it is also and above all the collapse of the financial economy. The Obama administration had to pledge $13 trillion to prevent such a collapse after the end of the housing bubble. In fact, one of the flaws of financial markets under capitalism is not only that employment is determined by the whims of a group of speculators, but the very viability of financial institutions depends on those whims. Preventing major financial institutions from engaging in speculative activities through direct state intervention therefore becomes all the more necessary.

State ownership ensures that the operation of financial institutions is not just aimed at obtaining maximum profits, which, no matter how strong the legal barriers, will inevitably expose these institutions to speculative activity, but to prudent deployment. and sure of their financial resources.

It is no coincidence that a country like India, with majority state-owned banks, had virtually no “toxic” assets in its banks’ portfolios when the housing bubble burst. Whatever “toxic” assets he had were concentrated only in private sector banks, such as ICICI Bank.

Capitalists, of course, would be opposed to state ownership of banks, even if it helps prevent capitalism itself from ever experiencing the collapse of its real and financial economies. But that’s because capitalism is an unplanned system where the capitalists themselves are eager to pursue higher profits and are both oblivious and indifferent to what would stabilize the system; if capitalism were not such an unplanned system, then it would not be a historically transitory system. And even a pro-system government cannot overcome its resistance to state ownership.

But imagine the utter recklessness of a government that is actually considering handing over a largely state-owned banking system to private capitalists, a step that would expose the financial system to the threat of collapse; Sadly, this is the Indian government.

The stability of our financial system relies on state ownership of most banks; the depositors of these banks remain assured that they will never go bankrupt because they are state-owned, and the question of a run on these banks therefore simply does not arise.

This is a contrast to the colonial era and even the pre-nationalization period in independent India, when the threat of bank failure was so widespread that people preferred to hold their wealth in the form of banknotes hidden under beds or ornaments in gold or lands. It was only because of nationalization that there was finally a shift in their preference for assets in favor of bank deposits which facilitated the channeling of investable resources into investment through a direct or indirect intermediation.

The Indian government wishes to push the clock back to this time. There is no point in pretending that today’s financial system is different from that of colonial times; all for-profit financial systems that are not legally compelled to distinguish between speculation and enterprise are equally vulnerable. And even such legal force is hardly sufficient.

Of course, the nationalization of banks in India had a different and more immediate objective, which was to channel institutional credit into sectors that had been neglected until then but whose growth was vital to the economy, such as peasant agriculture. These sectors were charged lower interest rates, and there were “priority sector standards” to ensure they got a certain share of the credit.

If institutional credit was unequally distributed among the different peasant classes, the Green Revolution would not have been possible without the nationalization of the banks; and as critical as one may be of the environmental impact of the green revolution, it is clear that it freed the country from the “food imperialism” of the metropolis.

Neo-liberalism persuaded the government to reverse nationalization and privatize the banking system, but so far this had been resisted; now, at last, there is a government in the country whose understanding of economic matters is so paltry that it can be persuaded to toe the line.

The point, however, is this: Public ownership of banks is conducive not only to a broader reach of institutional credit, but to the stability of the financial system of capitalism itself.

Fourth stimulus check 2022: Payment worth $1,400 proposed in the United States