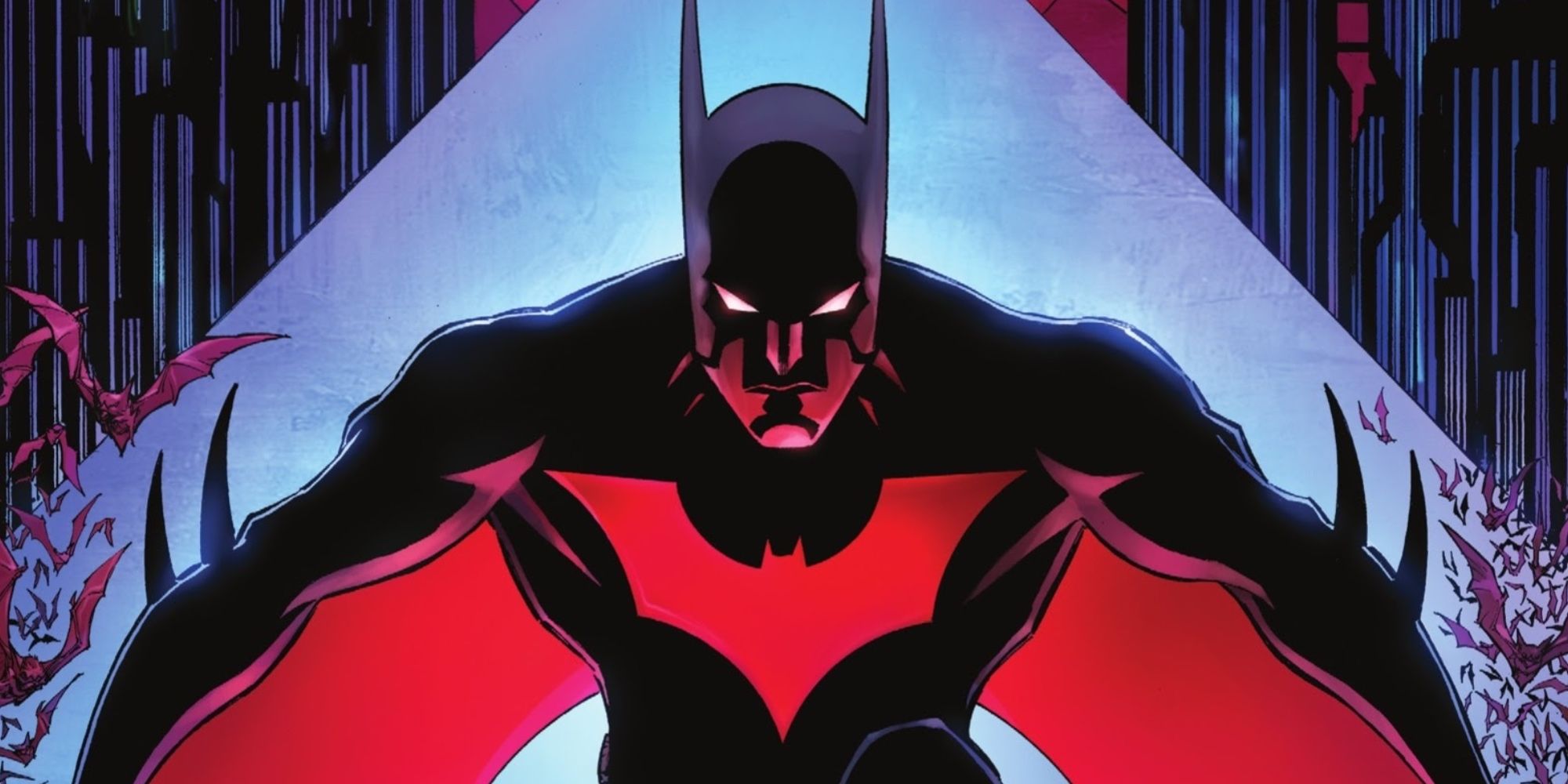 After Bruce Wayne’s death, Batman Beyond is dedicated to continuing the Dark Knight’s legacy (even if it means becoming a criminal).

Warning! Spoilers ahead for Batman Beyond: Neo-Year #1

The new DC Comics miniseries Batman Beyond: Neo-Year sees the Dark Knight of Tomorrow become a fugitive after the death of Bruce Wayne. After being mentored by the original Batman as seen in the beloved animated series, Terry McGinnis now faces a major status quo shift following Bruce’s murder inside the Batcave itself. The city of Neo-Gotham has come alive with sinister intentions, forcing Terry to flee if he wants to continue Batman’s legacy after losing his mentor/father.

Seen in a prelude featured in Batman: Urban Legends #7, old Bruce Wayne was murdered when his pacemaker was intentionally overloaded by Ne0-Gotham himself, having gained sentience with malicious intent. Forced to blow up the Batcave and Wayne Manor so Bruce’s resources couldn’t be used against him, all Terry had at the end of the prelude was his costume and the training he received from his secret biological father. Now, Batman Beyond: Neo-Year #1 begins in earnest the new adventure of Terry by Collin Kelly, Jackson Lanzing and Max Dunbar.

VIDEO OF THE DAY

In this first issue, Terry is completely on his own outside of his super-powered battlesuit, having sent his surviving family and friends away from Neo-Gotham so the Living City can’t use them as hostages or endanger them. to get to the future Batman. Additionally, the new Dark Knight is forced to go old school, using pen and paper rather than digitally recording his case notes for the town to access. However, the hardest part is Batman’s status as a fugitive with the evil city having turned the GCPD against Terry, putting the murder of Bruce Wayne at his feet along with several other crimes.

The loss of Bruce combined with his status as a fugitive places the future Batman in an incredibly intriguing major new space. Not only does Terry face the unique challenge of being his own Batman beyond Bruce Wayne’s ideals, but he tries to do so while trying to save a city that’s actively working against him. Neo-Gotham controls all of its own systems and infrastructure, including authorities and banks. The power he wields is the definition of unlimited while Batman is absolutely square one, having none of the mediums or tools he had in the animated series.

Although tragic, Terry McGinnis’ new status quo without Bruce Wayne is brilliant. Working to save a city from itself with nothing but its costume is a dynamic way to begin a crusade that is entirely yours and truly”beyond“. Given the reach and power of Neo-Gotham and his disposition, it’s going to be exciting to see what kind of plan Terry comes up with to take him down. Although this first issue may see him struggle to keep his head out. of water, the future Batman swears more than once to the ghost of Bruce that he will endure, promising to keep the legacy alive as this new batman beyond The miniseries continues.

Power Girl Returns as a Hero in the DC Universe

Kevin Erdmann is one of Screen Rant’s editors. With a major in film studies and a minor in comics and comics studies from the UofO, Kevin is pretty sure he’s writing for the right site. While Kevin is a huge Marvel fan, he also loves Batman because he is Batman and is a firm believer that Han shot first. Disney also shares much of its fan patronage. Kevin lives in Oregon with his wonderful wife and his sinister cat who is no doubt plotting his demise.