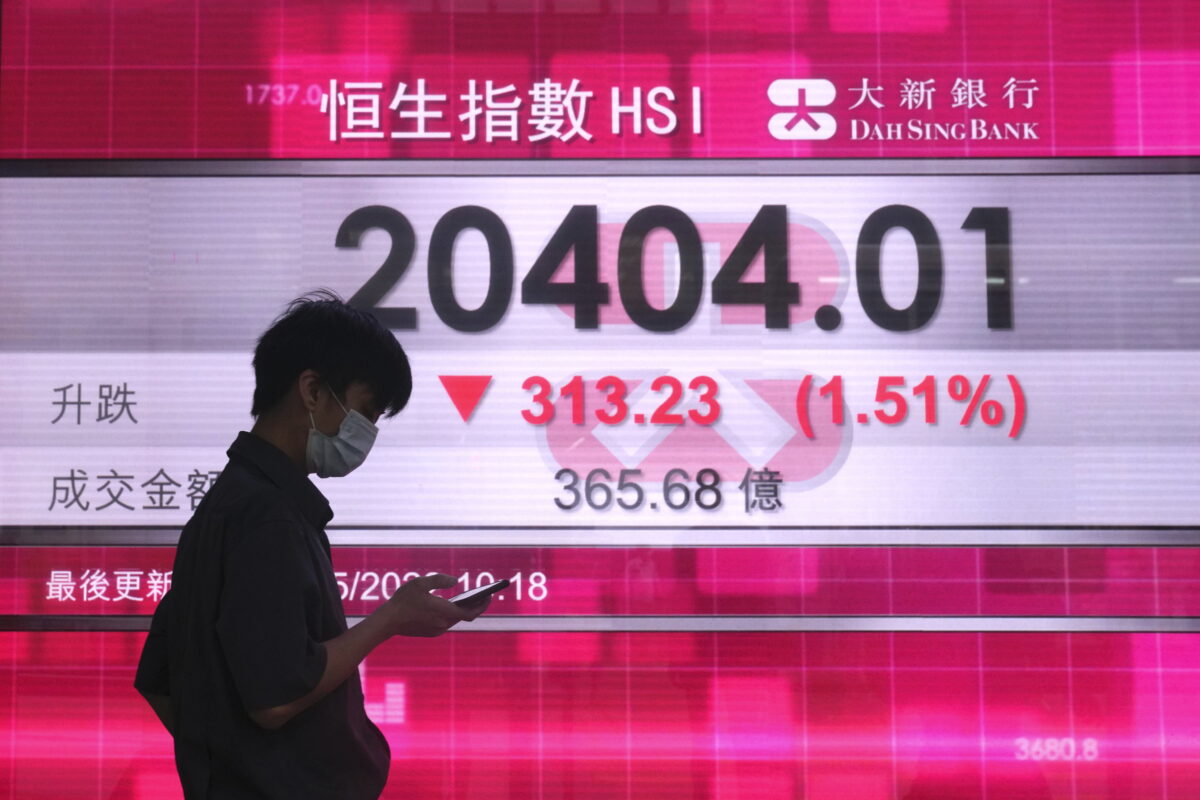 Amid soaring inflation, central banks in mainland China and Hong Kong opted to react in the opposite direction to aggressive interest rate hikes by the US Federal Reserve, with China easing monetary policy and Hong Kong Kong raising interest rates.

“As the United States has raised interest rates again, market participants will be incentivized to carry trade when interest rate differentials between the Hong Kong dollar and the US dollar are wide enough. , which will encourage the funds to gradually switch from the Hong Kong dollar to the US dollar,” HKMA Chief Executive Eddie Yue remarked on June 16 after the Fed’s Federal Open Market Committee meeting.

“The Fed’s 75 basis point rate hike was above the expected level communicated by the Fed after its last meeting, mainly due to the latest data on US inflation hitting a new 40-year high, but remains in line with recent market expectations,” Yue added.

Unlike the HKMA, the Chinese central bank has decided to continue its policy of monetary easing, according to the Chinese People’s Daily.

In an easing policy environment, the central bank lowers rates to stimulate economic growth. Lower rates induce consumers to borrow more, which increases the money supply. On the other hand, a tight monetary policy environment, such as an increase in interest rates, aims to reduce the money supply in order to slow down or protect the national currency from inflation.

Albert Song, a news commentator and expert on China’s financial system, told The Epoch Times that China’s central bank has no choice but to stick to its monetary easing policy due to the severe slowdown. economy of the country in April and May. The move was intended to stimulate its weakened economy.

“However, the policy of stimulating economic recovery has been offset by the country’s zero COVID policy. As a result, we have not seen any significant effect although Beijing has already launched a variety of economic stimulus measures,” Song added. “It means the Chinese general public and businesses lack confidence.”

The real estate industry is essential to the Chinese economy due to its many indirect and direct contributions, but it has been in decline since 2021.

According to China’s National Bureau of Statistics, its National Housing Prosperity Index fell from 101.18 in May 2021 to 95.60 in May 2022, a significant drop from previous years.

Property sales fell 31.5% in the first five months from the same period last year, while investment and new construction activity fell 4% and 30.6%, respectively.

With plummeting sales, short-term debt and a lack of offshore refinancing, Chinese property developers are facing a liquidity crunch.

According to Securities Daily, a Chinese state-run media outlet, between June 1 and June 15, at least 11 Chinese property developers announced the sale of their assets, totaling more than $4.5 billion.

The asset sell-off came as more cities introduced stimulus measures to “stabilize the real estate market”. According to the report, at least 41 Chinese cities issued such guidelines within nine days of early June, a more intensive stimulus effort than in April and May.

Adrienne Lui Chi-Ngan, an economist at Citibank in Hong Kong, estimates that the Hong Kong property market could take six to nine months to digest all the negative impacts of the rate hikes offered by the city, pushed by increases in prices. aggressive Fed rates. She expects property prices in Hong Kong to fall by up to 10%, according to The Standard, an English-language Hong Kong newspaper.

“The Chinese real estate market may improve in the third quarter due to the lag effect of the current easing monetary policy aimed at stimulating the economy. But if there is no improvement in the third quarter, China’s property market is unlikely to improve this year,” he said.

Song also discussed the difference between the financial systems of Hong Kong and China, such as the Linked Exchange Rate System (LERS), adopted by Hong Kong on October 17, 1983.

Under the LERS, the US dollar to Hong Kong dollar exchange rates are managed between 7.75 and 7.85 by HKMA, which Song said could expose Hong Kong to higher financial risks at following the Fed’s recent aggressive and continued interest rate hikes.

Regarding Beijing’s strict capital control measures, Song thinks it could reduce its financial risks to some extent, but has no way to stop the outflow of foreign capital.

Kathleen Li has contributed to The Epoch Times since 2009 and focuses on China-related topics. She is a professional engineer, registered in civil and structural engineering in Australia.

How to run a DAO