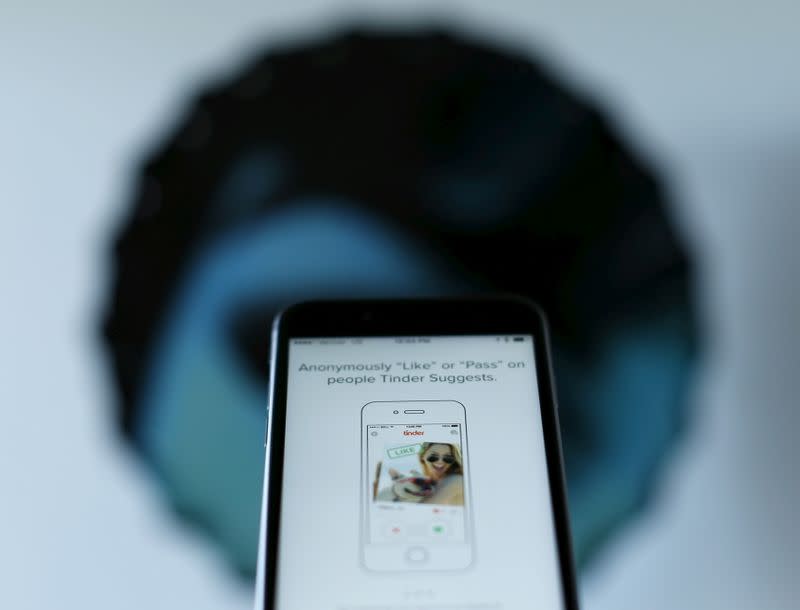 Can we be friends? Dating apps say sex isn’t everything in post-pandemic world

(Reuters) – I just got out of a long-term lockdown. Can we be friends?

Love entanglements are low on the minds of many people emerging from long periods of pandemic isolation. Instead, they crave friendships and social groups that they have been starved of for the past year or so.

That’s the verdict of dating apps like Tinder and Bumble, which are launching or acquiring new services entirely focused on making and keeping friends.

“There’s a really interesting trend that’s happened in the connection space, which is this desire to have platonic relationships,” said Whitney Wolfe Herd, Founder and CEO of Bumble.

“People are looking for friendship in a way they would only have done offline before the pandemic.”

Her company is investing in its Bumble BFF (Best Friends Forever) feature, which she says accounted for around 9% of total monthly active Bumble users as of September 2020 and “has room to grow as we focus more. on this space “.

Meanwhile, its big rival Match Group – owner of a series of apps including Tinder and Hinge – is also going beyond love and lust. It paid $ 1.7 billion this year for South Korean social media company Hyperconnect, whose apps allow people to chat around the world using real-time translation.

Hyperconnect revenue jumped 50% last year, while Meetup, which helps you meet people with similar interests at local or online events, saw a 22% increase in newcomers. members since January.

The most searched word for Meetup this year was “friends”.

“FRIENDS FOR OVER A YEAR”

These friendship services have seen increased engagement from users since COVID-19 restrictions were gradually lifted around the world, allowing people to meet in person, according to Evercore analyst Shweta Kharjuria, who said it made business sense to court more clients.

“This opens up the total available market from targeting singles to singles and married people,” she said.

The importance of physical contact was echoed by Amos, a 22 year old French au pair using Bumble BFF in London.

“It’s hard to gain momentum online and if everything in IRL (in real life) is closed,” he said. “You never really connect until you meet in person.”

Rosie, a 24-year-old dental nurse living in the city of Bristol in the south-west of England, struggled to connect with her older colleagues during the lockdown and started using Bumble BFF ago three weeks to meet new people.

“I’m a very outgoing person and I love meeting new people, but never found any opportunities. I switched from Vodafone to texting myself to this app which buzzes a lot, which is good, it seems like a lot of girls are in my position. “

Nupur, a 25-year-old teacher from the western Indian city of Pune, who uses both Tinder and Bumble, said the apps’ efforts to promote themselves as a way to find friends rather than simple romantic relationships and love “could work very well”.

“I have met a few people online and we have met and been friends for over a year now.”

Indeed, friendship networks like MeetMe and Yubo have even overtaken some popular dating apps in terms of daily engagement in recent months, according to market research firm Apptopia.

Jess Carbino, an online dating expert and former Tinder and Bumble sociologist, told Reuters the social isolation had been “staggering” due to the pandemic, especially for singles living alone.

“(It) inspired people to use the tools at their disposal, which is technology, to find companionship and connections.”

‘TRENDS ARE HERE TO STAY’

According to brokerage firm Canaccord Genuity, LGBTQ + dating apps have done a lot to promote the social aspect of dating, with Chinese Blued offering surrogacy services, for example, and Taimi providing the live broadcast.

The Hornet gay dating app, on the other hand, aims to be more of a social network focused on users’ personal interests, rather than just a hookup service focused on physical appearance and closeness.

Hornet founder and CEO Christof Wittig said people were unlikely to revert to “old ways” of connecting with their exclusively offline community, such as nightlife, activism or LGBTQ sporting events.

Witting said the number of users using the news feed, comments and videos increased by 37% in the year through May.

He said the number of people looking for friendship and online community increased during the closures as people turned to digital platforms for a sense of belonging when bars, gyms and events in pride were closed.

“These trends are here to stay,” he added. “Just like video conferencing and telecommuting.”

(Report by Aniruddha Ghosh and Subrat Patnaik in Bengaluru and Sarah Morland in Gdansk; edited by Bernard Orr and Pravin Char)