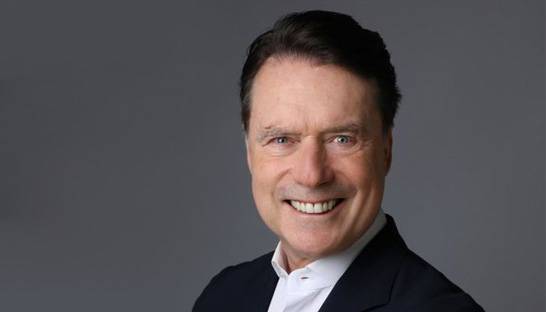 Drawing from the recently published book by Arthur D. Little’Disruption: the future of banking and financial services‘, co-author and managing partner of ADL, Philippe De Backer, managing partner of the Middle East, explains why the world is losing interest in traditional banks and how good leadership can reverse the trend.

Traditional banks are falling out of favor. It is their newly emerged competitors that are in vogue: digital native banks with their agility, scalable models, low cost structures and lack of strict regulations.

Faced with these digital disruptors, traditional banks may have a future, but it will be different. To stay relevant, it’s time for a step change, and the stakes are high: if leaders don’t act now, the days of conventional banks could be numbered.

The magnitude of the challenge

The scale of the challenge facing traditional banks is immense. To get an idea, we need look no further than Ant, the financial arm of the Chinese marketplace Alibaba. Its technology can process 544,000 loan applications every second and make a decision to grant or not in three minutes. Meanwhile, Europe’s three biggest ‘neobanks’ – Revolut, N26 and Monzo – have over 18 million registered users between them and that number is set to skyrocket.

There are also market inroads from those with very different business profiles from traditional financial institutions. For example, Amazon Cash allows customers to load money from their Amazon account onto a card and use it to purchase products from physical retailers. Meanwhile, supermarkets and large retailers have become post offices, banks and exchange offices.

It is here, where industry boundaries begin to blur, customer loyalty to conventional banks begins to erode, and the convenience offered by digital newcomers proves too tempting to resist. .

Customer inertia, born of trust and convenience, once ensured the long-term business of traditional banks. This is no longer true. In fact, hardly more half of Gen Z say they trust banks the most with their money. Simply put, customers fall in love with their banks, opening the door for disruptors.

In a difficult environment, banks must take an ambidextrous approach if they are to survive, let alone thrive. This means balancing short- and long-term priorities and tapping into existing markets while experimenting with new ones.

In isolation, operating an existing market works brilliantly for long periods of time and then fails. Take the video rental company, Blockbuster. He focused on trying to improve what he had always done and failed to innovate. Meanwhile, streaming services like Netflix have started to pick up the slack, and the rest – including Blockbuster itself – is history.

Harnessing scale and productivity will only take a business so far. If they want to go further, banks need to learn from “exploratory-oriented” companies. These companies are generally smaller and less complex than those in the operations-focused cohort, and they focus on experimentation, risk-taking, discovery and innovation. But they are also rare; in a study by Arthur D Little, only 8% of organizations were identified as explorers.

In the broader economy, these companies are easy to spot and include Amazon, Google and 3M. Yet, in the financial services industry, far too many banks lean heavily on exploitation at the expense of experimentation.

finger on the pulse

For a bank to become ambidextrous, the first step is to take an honest and accurate inventory of its current position. An initial “pulse check” can give banks an idea of ​​their current capabilities. They can then follow that up with a benchmark survey to see how those capabilities compare to other banks.

After this “ambidexterity audit”, the banks will have a much better idea of ​​how to achieve a better balance between exploration and exploitation. For traditional banks, this will require a complete overhaul of the business model to enable them to differentiate themselves in an increasingly commoditized market.

While the right tools and a little soul-searching can go a long way, the most important thing banks can do as they embark on their transformation journey is find the right person to lead them down to earth. promised. Here, boards must play their part in choosing a CEO with the capabilities to lead a bank of the future.

The person they are looking for is a rare breed. He or she is a mix of innovator and optimizer: someone who can replicate the dynamism and innovation of a digital start-up in a large traditional bank, while getting the most out of an organization at short term.

The board must also bring in new blood that will drive change. Research clearly shows that diverse teams perform better. This means a generalized mixing not only of age and gender, but also of technological and digital skills insight too – all of which are key to challenging a board’s traditional assumptions that may be holding it back from changing.

Bankers who hide behind the excuse that transformation initiatives will disrupt the status quo are missing the point. Into a brave new world of neobanks and digital fintechdisrupting the status quo is precisely the right thing to do.

About the Author: Philippe De Backer is Managing Partner and Global Head of the Financial Services Practice at Arthur D. Little and co-author of “Disruption: The Future of Banking and Financial Services – How to Navigate and Seize Opportunities “.

rebuild our capacity and capacity