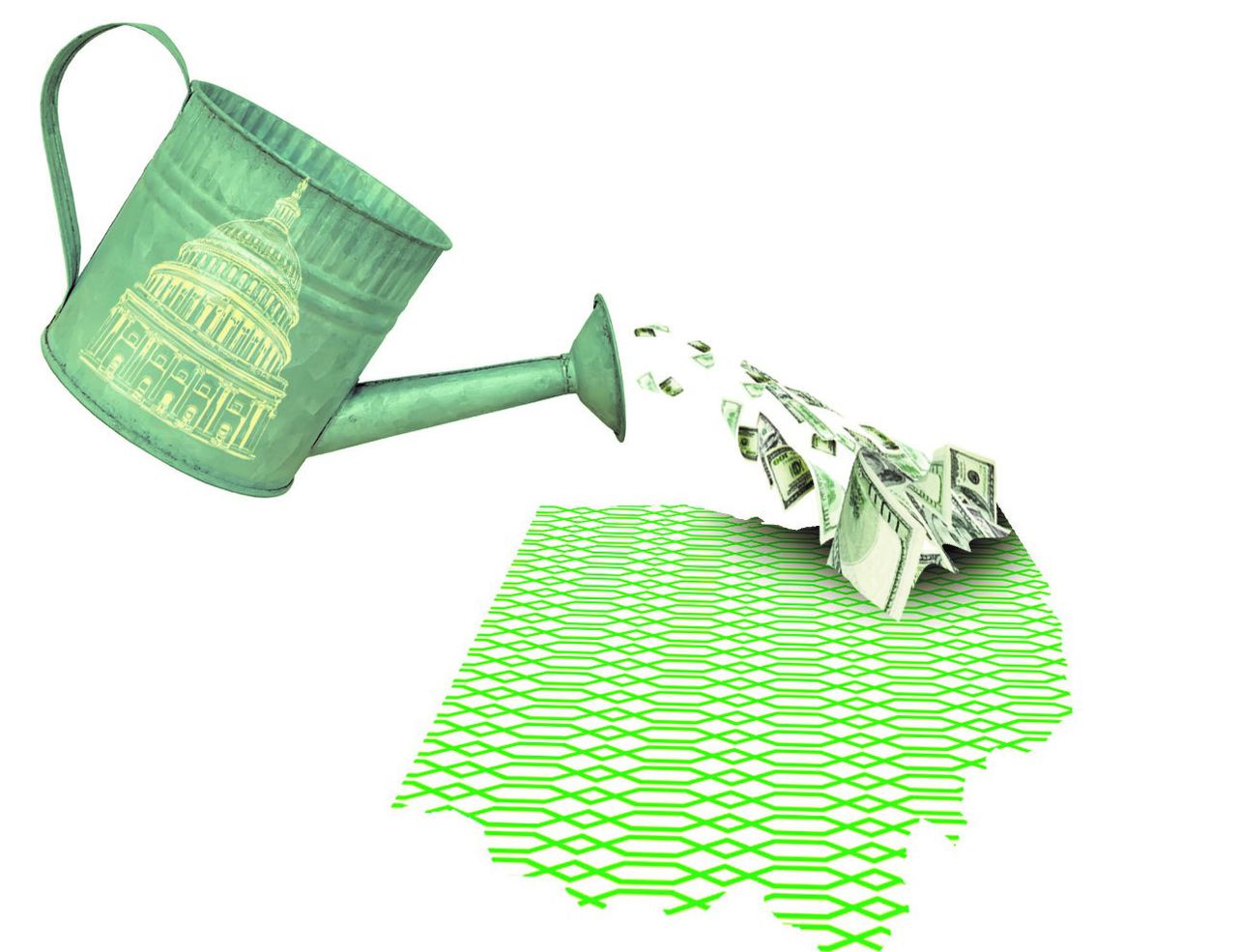 Cuyahoga County Board members set their own rules on how to seek proposals for $66 million in ARPA spending: Stimulus Watch

CLEVELAND, Ohio — Cuyahoga County board members have created starkly different methods for determining how millions of stimulus dollars should be spent in their districts.

Some members seek spending ideas through an open application process, while others rely on suggestions from local mayors. Some have imposed spending limits and deadlines for applications, while others have not. And several board members don’t say how they will decide or what their decision-making process entails.

The different methods stem from Cuyahoga County’s controversial decision to set aside $6 million for each of the county’s 11 districts. Critics say the $66 million plan — worth about a quarter of the county’s American Recovery Plan Act money — amounts to slush funds that members could use to exert inappropriate political influence, while the Council President Pernel Jones Jr. champions it as a way to ensure that all county residents receive federal assistance.

The piecemeal approach ultimately means that there are 11 different processes through which cities, nonprofits, community groups and others can pitch their case to council members in hopes of receiving a portion of ARPA money. The result: varying standards for how projects are chosen across the county and a lack of clarity among groups seeking to provide services to county residents.

One thing the districts have in common is that applicants must complete a standardized form that asks how much money they are asking for, how many people will be served, if it will help low-income residents, how many jobs it will create, and more.

Beyond that, the processes vary.

Some members, such as Scott Tuma, Nan Baker, and Michael Gallagher, have requested and received spending recommendations directly from their district mayors. Some of these ideas are now before the County Council for consideration. Fellows Dale Miller and Jack Schron, meanwhile, have implemented a more formal, standardized system of timelines, a review board, a scoring system, and award amount limits that resembles to an RFP process typically used to verify local government contracts.

The Cuyahoga County website, which lists all proposed and approved ARPA projects, explains how to apply for the money in two council districts, but does not include application information for the other nine.

Baker told cleveland.com that the council’s various processes are rooted in the difference in each district, noting that some are home to only a few municipalities, while others are home to as many as 18. Our “districts are not all the same,” she said.

But the difference in rules can also be confusing.

For example, the Cleveland Rape Crisis Center had submitted a general request to the county council in October 2021 for ARPA funds.

Then the crisis center submitted a new request on June 10 after Miller publicly announced that he was accepting requests for money from his district.

On June 17, the Crisis Center asked Gallagher for more information about his application process, but discovered he had already made plans for most of his district’s money, according to a letter the center sent to Gallagher.

Districts also received varying numbers of applications. For example, District 7 has received 35, while District 6 has only received two so far, according to county documents.

University hospitals applied for funding in all 11 districts, seeking $370,000 to provide counseling, emergency housing and outreach services to survivors of gunshot wounds and violent assaults as part of their antifragility initiative. In a separate application, the hospital system requested $130,000 to train additional nurses to support up to 200 child survivors of sexual abuse over a two-year period.

Here’s how board members plan to evaluate the proposals in their districts and an overview of the nominations they’ve received as of June 22:

Councilor Nan Baker is among those seeking proposals from local mayors in her district, including Bay Village, Fairview Park, North Olmsted, Rocky River and Westlake.

Baker told cleveland.com she asked mayors to come up with ideas that “improve the quality of life” for residents. Projects must have other sources of funding and be “shovel ready,” Baker said.

“It’s got to be a project that’s not first dollar,” Baker said.

Councilman Dale Miller in May was the first to publicly announce a formal application process for its funding.

Miller’s process requires individuals or groups to send their nominations to a committee that includes Miller and board staff.

Miller had set a June 10 deadline.

Since the committee has received what it considers to be a “large number of applications”, it is trying to filter out the weakest proposals before starting its formal scoring process, based on impact, feasibility, the candidate’s ability to complete the project, profitability and more.

Miller was the only council member to solicit proposals through a press release, and District 2 has since received more project requests than any other district but one, according to county documents.

Unlike other council members who spoke to cleveland.com, Miller has set aside at least $500,000 for projects that aren’t exclusively based in his district.

Applications are limited to $1.5 million each.

Miller expects to make recommendations by July 31 and receive approval by the end of the year.

Councilman Martin Sweeney did not respond to questions from cleveland.com about his process.

However, Sweeney has offered to spend $1.8 million in his district, including $800,000 for the zoo’s primate forest.

His largest proposed expenditure is $1 million for the Northeast Ohio Hispanic Center for Economic Development for the CentroVilla25 project. He also offers to spend $750,000 on the Brooklyn City Center Project.

Other requests submitted for District 3 include renovations to a center that provides behavioral health treatment to children removed from their homes by child protective services, affordable housing for seniors, and an organization to nonprofit that provides preschool services to low-income children.

Councilman Scott Tuma asked for proposals from the mayors of the towns in his district: Parma, Parma Heights and Middleburg Heights.

As a result, he proposed the largest line item yet for spending: $4 million for a new clubhouse and community center for the Ridgewood Golf Course in Parma.

He also proposed to spend $854,000 for Middleburg Heights for street improvements in the Southland District and $1.14 million for Parma Heights for stormwater management.

The only other two requests received were from teaching hospitals.

Michael Gallagher also solicited ideas from mayors in his borough.

He has proposed $3.5 million to improve walking in Strongsville, which city officials say would benefit school children, residents who use the food pantry, children with disabilities and more.

He is offering $1 million to improve Memorial Park in North Royalton and $110,500 for the zoo’s primate forest.

Excluding requests from University Hospitals, all applications came from cities.

Councilman Jack Schron plans to use a nine-person committee to review and score nominations, made up of five mayors from his district and four community members.

Mayors will be selected “out of a hat” and community members will be selected by other mayors not selected for the committee, Schron told cleveland.com. (Mayors could also send an alternate, such as a staff member from their city’s economic development department, Schron said.)

Projects will receive a higher rating if they are able to secure funding from other sources to supplement ARPA funding, Schron said. It also limits proposals to $250,000 each. Applications will be accepted until October 1 for the first half of the money and until April 1, 2023 for the second half.

Schron said he would not interfere in the committee’s decision-making process unless a deciding vote was needed.

Schron said he received positive feedback on his plan from leaders of the 18 cities, towns and townships in his district.

Councilor Yvonne Conwell did not respond to questions about her evaluation process.

County Council Chairman Pernel Jones referred cleveland.com to a Plain Dealer editorial when asked how he would solicit and evaluate ARPA ideas for his district, but the editorial did not provide no information about its process.

He then said in a text message: “I work with my mayors and (community development corporations).”

Requests include proposals to improve the distribution of food for the hungry, a new sewage treatment plant to benefit a dairy farm, the renovation of Arbor Park Place, the repair of the fire station of Maple Heights and Home Maintenance Grants in Newburgh Heights.

Councilor Meredith Turner did not respond to questions about her process.

His proposed spending includes $1 million for the Lee Road revitalization project in Shaker Heights, $700,000 for the Bedford Commons expansion, $275,000 for new police cars for Orange and $137,000 for a community center. in North Randall.

Council Vice-Chair Cheryl Stephens did not respond to questions about her process.

She has already pledged nearly $130,000 for a road project in University Heights-South Euclid, but has not formally sought approval.

She received requests for funding from the Greater Cleveland AIDS Task Force, the East Cleveland Domestic Violence Program, a literacy program and several arts organizations, according to county documents.

Councilor Sunny Simon did not respond to questions about her process.

All but three of the applications she received were from towns in her district.