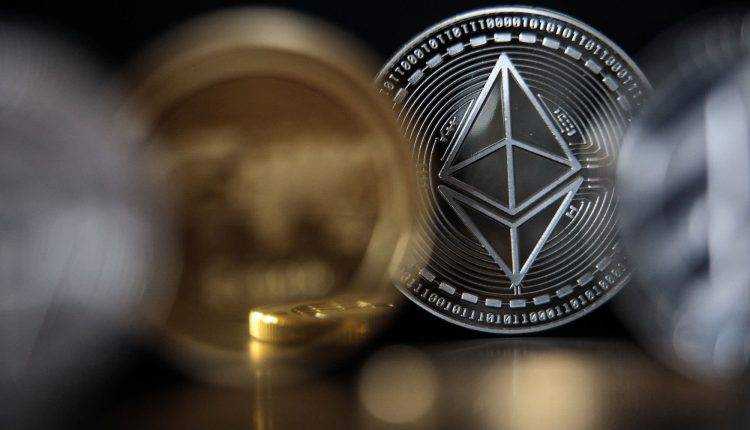 GUANGZHOU, China – Ether, the digital coin linked to the Ethereum blockchain, hit an all-time high of $ 3,456.57 as the cryptocurrency continues a rally that has seen its price rise by around 360% this year.

The digital coin slashed some of those gains in Tuesday afternoon trading in Asia trading at $ 3,271.90 at 12:12 p.m., according to data from CoinDesk.

Interest in cryptocurrencies has grown over the past year, with bitcoin continually pushing new records. A number of factors, including the growing interest from institutions and large corporations such as Tesla buying the digital coin, have been credited with its boom.

Bitcoin has been described as â€œdigital goldâ€ or a store of value in times of geopolitical turmoil or financial market volatility as well as a hedge against inflation.

But Ethereum is different. It acts more as a platform on which developers can build applications. Ethereum is the name of the underlying network or blockchain technology, while Ether is the digital currency used to power the platform.

So-called smart contracts are a key feature of Ethereum. These are contracts that can be executed automatically using code.

There is growing enthusiasm for the use of Ethereum in so-called decentralized finance, or DeFi, applications. These are blockchain-based financial services, such as loans, which could in theory bypass banks and brokerage houses.

Last month, the European Investment Bank announced that it had issued its very first digital bond on a public blockchain using Ethereum.

A growing number of Ethereum-based DeFi applications and growing institutional interest in the technology could be behind the rapid rise in prices.

â€œThousands of developers are creating apps that recreate traditional financial products in a decentralized fashion on top of Ethereum, and as more and more users flock to interact with these apps, they need ETH (ether) to carry out any transaction, â€Sergey Nazarov, co-founder of smart contract company Chainlink, said.

â€œSecond, there appears to be a growing institutional interest in the public Ethereum blockchain, as stakeholders play with ways to leverage the public network.

‘The idea that she keeps these ill-gotten funds only heals me’: my 7-year-old granddaughter lives with me – yet her mother received her stimulant