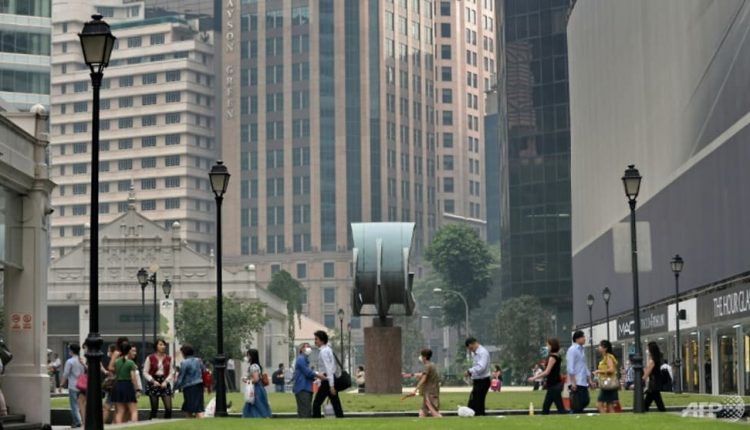 SINGAPORE: The employment outlook for the financial sector remains positive, with around 6,500 jobs to be created in 2021, Ravi Menon, managing director of the Monetary Authority of Singapore (MAS) said on Tuesday (May 4th).

Mr Menon was speaking at a webinar hosted by MAS and the Singapore Institute of Banking and Finance (IBF) on “A Technology-Powered Financial Sector – Is Our Workforce Ready?” .

Sharing the results of a MAS-IBF job outlook survey, he said 91 percent, or 6,000, of those jobs are permanent positions.

Job growth in the financial sector has been strong over the past five years and the industry continued to add jobs last year despite the COVID-19 pandemic.

About a quarter of the jobs offered are in tech roles, while a quarter are in consumer banking.

“It is encouraging that 44 percent of the 6,500 newly created jobs are open to mid-career people with or without experience,” he said.

In addition to a demand for technology positions, there is a strong demand for relationship managers, with 1,300 positions available, Mr. Menon said.

Citibank, which recently opened a wealth advisory center here, plans to hire 1,500 more staff by 2025, including 300 relationship managers, while DBS Bank plans to hire more than 650 wealth managers and consultants in insurance this year, he added.

Regarding tech jobs in finance, Menon said technology has become a central part of how financial services are produced, distributed and consumed.

“Can we imagine what life would have been like during the ‘breaker’ lockout last year if we hadn’t had PayNow or FAST?” he said.

“Many of these digital finance services would not have been possible without the strong technological workforce in the financial sector.”

Listing the roles required to develop financial applications, including business analysts, systems and security architects, and software developers, Mr. Menon said many of the technology skills required are scarce in Singapore.

â€œSingaporeans’ share of tech jobs has remained stable at around 35 percent over the years,â€ he said.

“This is encouraging, given these are highly demanded roles. But these are also niche positions where the number of hires is relatively low,” said Menon.

THE DEMAND FOR TECHNOLOGICAL TALENT WILL PERSIST

He predicted that the demand for technological talent in the financial sector will persist, with 2,500 to 3,500 jobs created each year in the medium term. With 19,000 unfilled tech jobs across the economy, the pool of graduates in relevant fields is not enough to meet demand, he said.

â€œThis big mismatch between the demand and supply of tech workers means two things. First, we must continue to depend on foreigners to fill the growing vacancies in technology jobs in the coming years.

“If we tighten this inflow excessively, it will not only hurt the competitiveness of our financial center, but also reduce the prospects for creating good jobs in the future, especially for Singaporeans.”

When financial institutions set up new technological functions in Singapore, MAS also works with them to facilitate the transfer of capacity from foreigners to the local workforce. It also trains and places professionals in technological roles.

Mr Menon pointed out that technology has created more jobs than it has displaced, but Singaporeans need to acquire the skills to take on those jobs.

Of the 21,000 net jobs created over the past five years, one in four was in technology. While Singaporeans held 75% of total net jobs, they made up only 35% of tech jobs.

â€œThere are just not enough Singaporeans applying for tech positions,â€ he said. â€œThe financial sector is on track to create many good tech jobs over the next few years. They present a great opportunity for Singaporeans, provided that we acquire the necessary skills for these jobs.