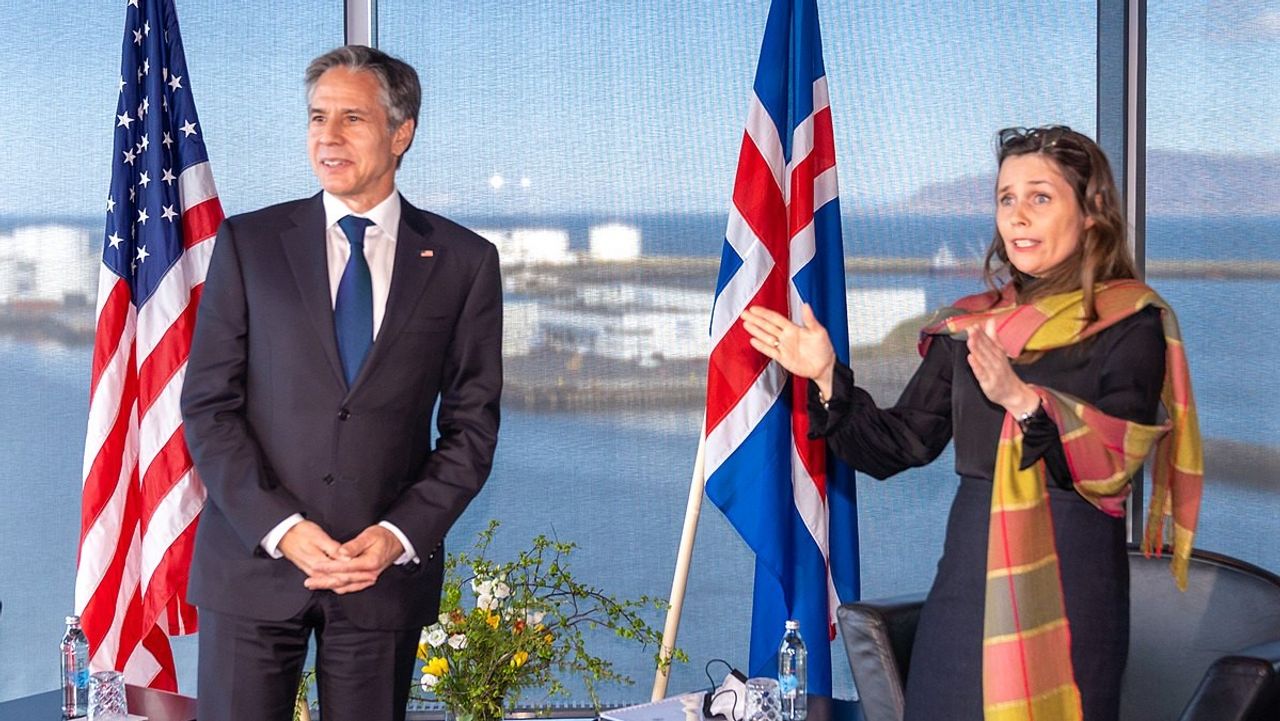 Four right-wing extremists were arrested in Iceland last week on suspicion of planning terrorist attacks targeting public and government institutions. The men, in their thirties, had accumulated dozens of firearms, including several semi-automatic weapons, and thousands of cartridges at the time of their capture.

The development, the first of its kind in the tiny North Atlantic island nation with a population of just 360,000, is another explosive manifestation of the re-emergence of fascist tendencies across Europe and around the world. The men are believed to have links to other far-right Nordic groups. Police uncovered “fanatic propaganda” during their investigation, some of which glorified neo-Nazi terrorist and child murderer Anders Breivik and other like-minded extremists. Surprisingly, only two of the men are currently in custody.

The investigation was opened into a serious weapons violation involving the “intentional production and sale of firearms”, which led investigators to suspect that the individuals were plotting terrorist action against “various institutions of society ” and “of the citizens of the State”. State Police Superintendent Karl Steinar Valsson told reporters it was suspected the group intended to target Parliament or the police, although investigators have not yet confirmed the targets exact information from fascist agents.

The arrests took place in Kópavogur and Mosfellsbær, suburbs close to the national capital of Reykjavík. Investigators carried out searches at nine locations, confiscating firearms, ammunition, computers and cell phones. The weapon caches appear to have been sourced locally, with some of them being made with 3D printing technology.

While the police managed to confiscate most of the weapons, it is unclear whether the entire stock was seized. It is also unclear whether or not these people had ties to far-right organizations internationally and whether other plotters are still at large. For its part, the state appears reluctant to pursue the serious issues raised by the discovery of the terror plot and police have said it is an open and closed case.

“The Icelandic police avoided possible acts of terror,” said the national police’s communications director, Gunnar Hörður Garðarsson. “Police do not consider the Icelandic public to be at risk and the current level of threat of acts of terrorism in Iceland is not higher as the situation has been secured.”

The Icelandic ruling class has responded to the arrests with renewed calls for anti-democratic legislation giving police sweeping powers under the guise of “preventive investigations”. Such a law, if put into practice, would allow the police to open investigations into people who are not currently suspected of having committed or plotting to commit crimes. It would also lead to the militarization of the Icelandic police, with the introduction of “experts” and high-level equipment as well as the organization of a special counter-terrorism unit. The law, which has proven controversial in the country, has already been defeated in parliament.

Justice Minister Jón Gunnarsson argued for the passage of such legislation in a recent television interview, describing it as “exactly what is needed”. Gunnarsson is a member of the right-wing, pro-big business Independence Party, the traditional party of Iceland’s financial elite, which spearheaded the introduction of the ‘preventive investigation’ law since it was first introduced. written in 2015. .

Prime Minister Katrín Jakobsdóttir of the Left-Green Movement echoed those sentiments but refrained from explicitly endorsing such legislation. “I want to emphasize that it makes a huge difference that the police have the means to deal with this,” she said. “They have certainly shown that they are capable.” She took the opportunity to stress what she saw as the importance of continuing to “strengthen the police”.

That a violent neo-Nazi cell could materialize in Iceland, a country that has topped the Global Peace Index since 2008, is an indictment of the so-called “Nordic model”, which paved the way for the rise of the far right across Scandinavia under conditions of deepening global capitalist crisis. Jakobsdóttir’s left-leaning Greens have played a decisive role in spreading the social protests that have erupted in the country over the past decade in opposition to the deep-rooted financial parasitism of the Icelandic ruling class.

The left-leaning Greens first came to power in a ‘left’ government led by the Social Democrats in 2009 following protests that toppled the previous coalition government of the Independence Party and Socialists -democrats. Independence was deeply unpopular after leading the government before and during the 2008 economic crisis, which triggered the collapse of the country’s three main banks, Kaupthing, Glitnir and Landsbanki.

In power, the Left-Greens played a role prefiguring that of the pseudo-left Syriza in Greece. The Social Democrat/Left-Green coalition government has faithfully implemented a devastating IMF-dictated austerity program, slashing funding for public services. Steingrimur Sigfusson, a former leader of the left-wing Greens, served as finance minister for three years during this period and was therefore directly responsible for the imposition of these attacks.

The government was so unpopular that after one term it lost half its support and was removed from office, paving the way for the populist and right-wing nationalist Progressive Party to take over in 2013.

The Progressive Party-led government collapsed in 2016 following the publication of the Panama Papers, which implicated then-Prime Minister Sigmundur Davið Gunnlaugsson and other senior government officials in a sweeping scandal. tax evasion. Fresh elections brought the left-wing Greens back to power with Jakobsdóttir as prime minister in 2017. The current government has continued the austerity policies of the previous cabinet, and neither the left-wing Greens nor the pseudo-left Pirate Party benefit significant popular support. As in other countries in Europe and around the world, the political vacuum created by the absence of any genuine left-wing party has emboldened far-right fascist elements.

Right-wing populism has become a notable force in the Icelandic political establishment in recent times. After his ousting from government, Gunnlaugsson and his supporters split from the Progressive Party in 2017 and founded the Center Party. While this move was no doubt partly designed as an attempt by the late Gunnlaugsson to rebrand itself, the Center Party had definite programmatic motivations – to oppose EU membership more firmly and adopt a openly xenophobic and anti-immigrant rhetoric. Although still a minority party, its influence has pushed Icelandic political discourse even further to the right.

While the development of neo-Nazi groups is much more advanced in continental Europe and North America, Iceland is by no means immune to this global phenomenon. Norðurvígi, the Icelandic chapter of the white supremacist Nordic Resistance Movement (NRM), has been active in the country’s capital since its founding in 2016.

The NRM was founded in Sweden in 1997 and has active sections in Sweden, Norway, Finland, Iceland and Denmark. He advocates the dissolution of parliamentary institutions and the establishment of an ethnically pure fascist state along Nazi lines. The organization maintains close ties with neo-Nazi groups across Europe, including the infamous Ukrainian Azov Battalion. The escalation of the NATO-Russia conflict in Ukraine, which has seen arms, money and materiel funneled into the hands of the Azov Battalion and other far-right forces, has fueled the growth of paramilitary groups and international fascist terrorists.

Norðurvígi members have staged protests in downtown Reykjavík and are active on the University of Iceland campus, where they engage in racist agitation and distribute hate literature. Norðurvígi took steps to distance itself from the terror plot, saying the organization does not advocate violence and had no knowledge of such plans.

A hardline faction of the NRM has emerged, however, which disavows parliamentarism in favor of preparing an armed fascist insurrection. This faction began to organize separate underground paramilitary groups throughout Scandinavia, the most visible of which is Nordisk Styrka (Nordic Force) in Sweden. The group describes itself as a “fighting organization” with strict standards of physical and military discipline demanded of its members.

The organization is associated with a litany of criminal charges, with members of the group convicted of more than 100 violent crimes and weapons offences. Police seized illegal submachine guns and automatic rifles from an NRM supporter in Norway in 2014, and another member was arrested in 2019 after he hijacked an ambulance, attempted to ram a police car and drove into a crowd. Police discovered a shotgun, as well as an Uzi submachine gun, in the stolen ambulance during the inspection.

Here’s how neobanks are permanently changing the Indian financial sector