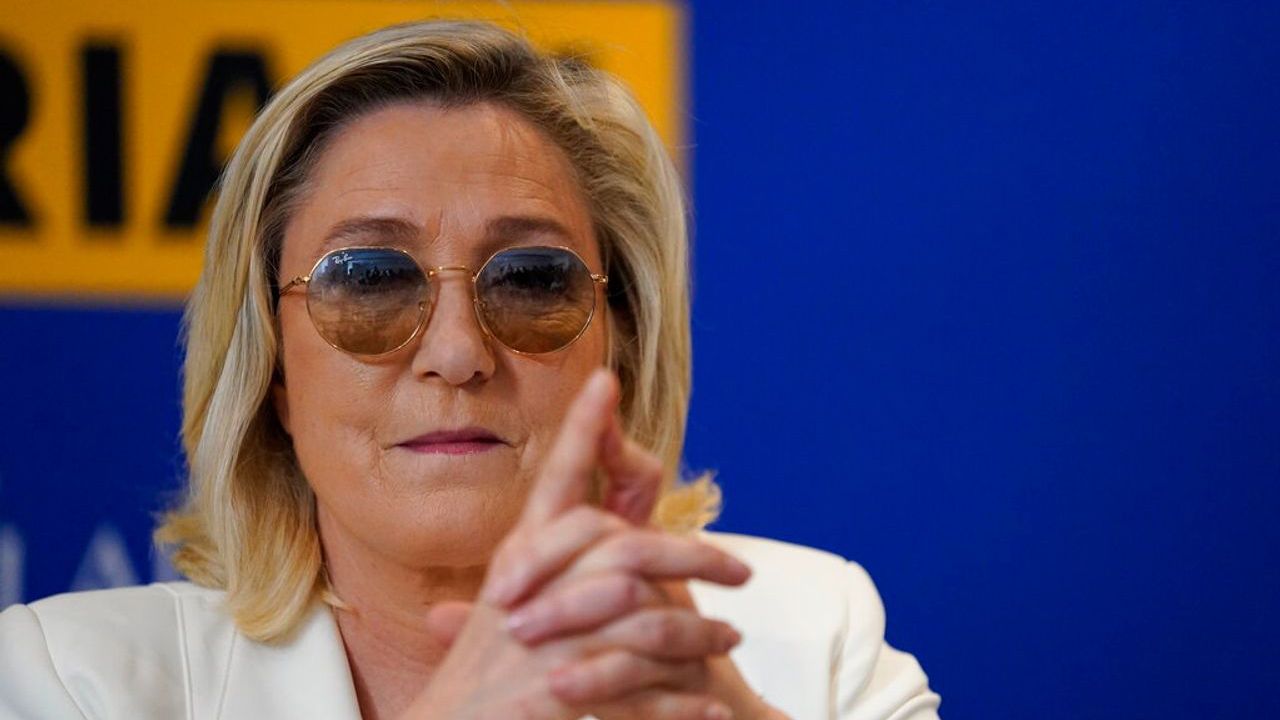 French elections too close to be called, the far right calls for a government of national unity

The first round of the 2022 French presidential elections is taking place this Sunday amid deep popular alienation from the ruling establishment and uncertainty over who will contest the run-off on April 24. Incumbent President Emmanuel Macron, neo-fascist 2017 presidential candidate Marine Le Pen and La France Insoumise (LFI) party leader Jean-Luc Mélenchon could all reach the second round.

The presidential campaign was largely unpopular, as all candidates advocated similar and reactionary policies of austerity, mass COVID-19 infection and military threats against Russia. This left the electorate effectively disenfranchised. Masses of workers and young people have had no opportunity to avoid the danger to their lives and living standards from rising inflation, the COVID-19 pandemic and the war in Ukraine.

Deep popular disillusionment with the ruling elite is reflected in the fact that 21% of the electorate has still not decided who to vote for on Sunday.

The large number of undecided voters means that, based on current polls, the top three candidates could theoretically come out on top in the first round, depending on who the undecided voters decide to support. The BVA polling institute estimates that Macron could obtain 20.5 to 28.5% of the vote, Marine Le Pen 19 to 27% and Mélenchon 14.5 to 22%. The elimination of Macron, widely despised among working people as the “president of the rich”, is possible.

The election of France’s first neo-fascist president is also a distinct possibility. In what has been seen as the most likely run-off, a Macron-Le Pen contest as in the last presidential elections in 2017, the result is again too close to announce. Macron was credited with as few as 52 or 51 percent of the vote in such a match, with the distance between the two candidates falling within the poll’s margin of error.

Examination of the events in the candidates’ campaign stops only underscores that the election, regardless of its outcome, will not resolve any of the burning issues facing working people.

Speaking to RTL radio on Thursday, Le Pen outlined his plans for a “national unity government” allying with forces around former Socialist Party (PS) defense minister Jean-Pierre Chevènement to gain a broader base within the political establishment.

“I will govern, as I said, as part of a government of national unity, first with people I work with,” Le Pen said, “but also with people who will join me. Of course, I have a list of people, and I think my problem will be choosing them rather than finding them, because there are a lot of people in France, either in politics or in civil society, who share the outline of my policy.

Le Pen said she would “not decide on all the positions definitively, so that she can greet the people who decide to participate in the government of national unity”.

She stressed that she planned to include nominally “leftist” politicians in her national unity government. When asked if she could work with supporters of Jean-Luc Mélenchon’s La France insoumise (LFI) party, she cautiously replied: “Probably not.” However, she added, “I could very well have people who come, for example, from the left around Jean-Pierre Chevènement, that is to say a left of national sovereignty, a left that defends reindustrialisation, defends our major industries.

Macron gave an interview to French online news channel Brut in an attempt to tout his economic record, which has involved encouraging companies to set up shop in France by cutting wages and labor costs. After his presidency, Macron boasted, “we are building more factories than we are closing, which has not happened for 30 years. … These battles have been won. They fed political extremism.

Macron could only answer: “A man who is alone cannot solve everything, I have sometimes been criticized for trying to do so. I think the issues that we were attacked on, we started to resolve them. Without explaining how the President of the French Republic could be considered “alone” if he tried to solve the problems, Macron then turned around and confessed: “We have not succeeded in providing a sufficiently credible solution for people are massively turning away from extremist politics.” .”

Mélenchon is gaining the support of leading artists and politicians and hopes to accelerate his rise in the polls in the final days of the campaign. A group of 50 artists including comedian Blanche Gardin, actresses Anny Duperey and Corinne Masiero, actor Bruno Solo, musician Yvan le Bolloc’h and director Robert Guédiguian signed a letter calling on Mélenchon to vote, supposedly to dismiss Le Pen from the second round.

Mélenchon, who has already received praise from the president of the MEDEF business federation, Geoffroy Roux de Bézieux, as a “credible” candidate, received endorsements from former justice minister Christiane Taubira and Sébastien Nadot, a deputy from Macron’s Republic on the Move (LRM) party. It is evident that a faction of the political establishment that would previously have backed Macron is debating with itself whether to support Mélenchon. However, this only underscores that Mélenchon, if elected, will govern in the interests of the banks and disappoint his supporters.

None of these candidates has anything to offer workers on the most pressing issues: the danger of war with Russia, the rising death toll from the COVID-19 pandemic, or the impoverishment of workers through rapidly rising price.

A poll last month found that 76% of French people are concerned about the danger of nuclear war with Russia, even as nearly a million people in France have fallen ill with COVID-19 and 1,000 are dying. every week. Yet all the French political establishment has to offer is further easing of COVID-19 protections and declarations of support for NATO’s war threats against Russia.

As the UN reported global food prices rose 13% in March, there are growing food shortages due to problems planting and exporting crops amid the Russian-Ukrainian war. Russia and Ukraine provide 80% of global sunflower exports, and European sunflower oil reserves will run out in 15 days, impacting a dizzying array of products from margarine to pasta, crisps, breaded fish, sauces and biscuits. Grain shortages are also expected to send meat prices skyrocketing and lead to major shortages of chicken and eggs.

The fight against imperialist war, the malevolent official indifference to COVID-19, the impoverishment of the working class and the danger of a fascist regime cannot be led by any of the candidates running in the current elections. It depends on building an independent revolutionary mobilization of workers and youth against all these candidates, based on a socialist and internationalist perspective.

Is a banking license synonymous with digital trust?

There will be no soft landing for SOFI stocks

This is Walmart’s bank