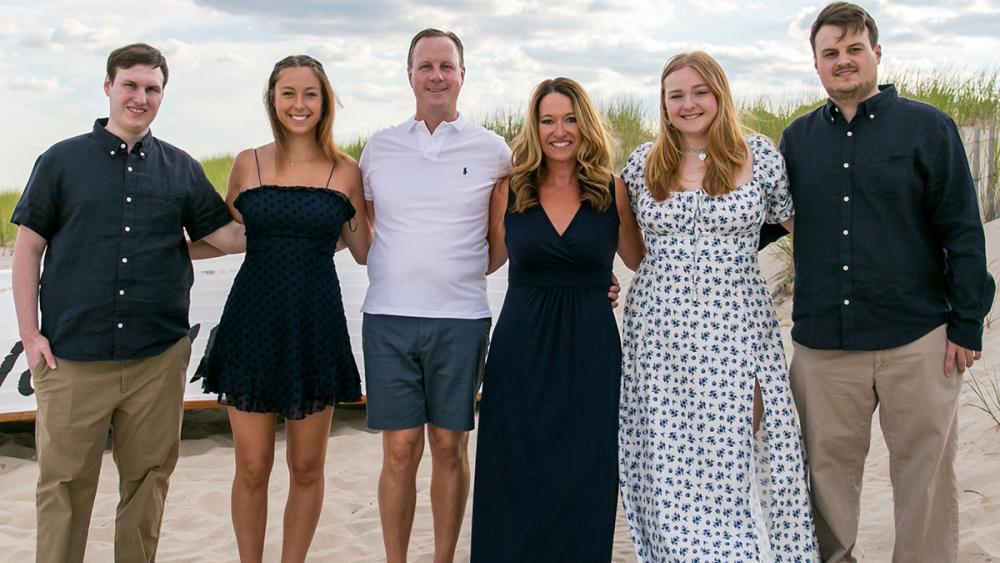 Their donation, which was made possible through the Goldman Sachs Gives program, is the first donation to Penn State Smeal’s support programs and initiatives that prepare students for careers in the “fintech” (financial technology) industry.

Jeff Gido, a partner at Goldman Sachs and global head of fintech for its Investment Banking division, described fintech as any part of the financial services industry that uses technology to enhance, disrupt or replace financial products and services.

“When I first started following fintech, it could range from ATMs to online banking to digitizing parts of the value chain. New companies were continually pushing into this space,” he said. he said, “Today, this extends to insurance companies, e-commerce and investment apps and more.”

From a front-row seat to how technology has transformed the financial services industry over the past two decades, Jeff and his wife, Wendy, started talking about what the future of the industry might look like and how they could help Smeal prepare the students. to succeed in space.

“I have also discussed this with my peers on Smeal’s financial advisory board. We all agree that it’s important for Smeal students to be aware of and speak well about fintech trends because that’s what employers are really going to demand in the future,” Jeff said.

Gidos’ donation will support course or curriculum development, conferences, student organizations, competitions, site visits, networking events, and other related expenses that advance understanding and application. fintech programs or initiatives and prepare students, especially students who contribute to the diversity of the student body, for careers in the field.

“Technology is changing the business landscape, and Jeff and Wendy are keenly aware of the importance of our students being at the forefront of this change,” said Charles H. Whiteman, John and Karen Arnold Dean. “Jeff has continually stepped forward to offer advice on how we can improve our fundraising programs. I am grateful for the Gidos’ leadership in this area, and look forward to the myriad ways their donation will enrich financial education at Smeal.

Those connections led to a full-time job offer, and Jeff spent five years there before pursuing an MBA at New York University’s Stern School of Business.

Wendy, a 1994 Penn State graduate with an accounting degree, began her career at Coopers & Lybrand (now PwC) after graduation and was promoted to director. Jeff said Wendy was the one “in the fast lane”.

After earning his Masters in Business Administration in 2001, Jeff joined Goldman Sachs in the financial institutions group while Wendy decided to focus on raising their young son. The Gidos have four children, including a current Penn State student.

“I was working 60 to 80 hours a week when I started at Goldman Sachs, and I never could have done it without Wendy’s support,” Jeff said.

He said fintech was just beginning to emerge as an industry when he was hired at Goldman Sachs, and few people were talking about it.

“But given my passion for banking, I knew I had found my niche,” he said.

Jeff and Wendy have been committed to giving back since their time as students involved with THON. They direct their philanthropy primarily to two places: the Emmanuel Cancer Foundation, a New Jersey-based charity that benefits families facing a childhood cancer diagnosis, and Smeal.

Additionally, the Gidos have made donations to Smeal’s Trading Room and Finance Excellence Fund.

Jeff is also a founding member of Smeal’s financial advisory board and said joining the board has brought him even closer to Smeal.

“It creates an owner mentality. It’s not just about giving money; it is to provide advice and guide the funding program. What’s great about the board is that Dean Whiteman really listens to what we say and then acts. It has been incredibly rewarding,” he said.

Wendy said she hopes the donation will help replicate for future students some of the experiences she and Jeff had at Smeal.

“Jeff and I met in sophomore year and left Penn State with so many great memories. We want others to have the same experience,” Wendy said. both prepared for the job market and have excellent professional results. When they look back, we hope they will recognize the role that philanthropy at Penn State may have played in their success and that they will pay for it themselves. same.

With the record-breaking success of “A Greater Penn State for 21st Century Excellence,” which raised $2.2 billion from 2016-2022, philanthropy helps support the University’s education, research, and service mission to communities across the Commonwealth and around the world. . Scholarships allow Penn State to open doors and welcome students from all walks of life, support for transformative experiences enables students and faculty to realize their vast leadership potential, and gifts toward discovery and excellence help to serve and impact the world. To learn more about the impact of donations and the continued need for support, please visit raise.psu.edu.