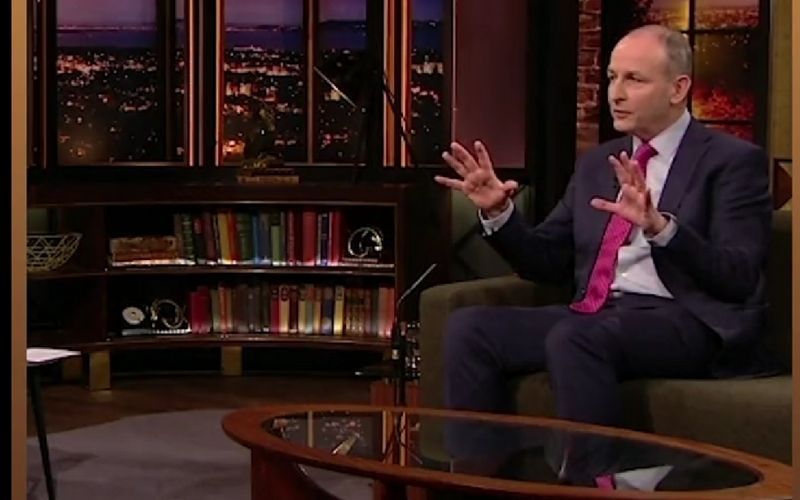 Irish viewers raised over €2million for the Irish Red Cross appeal in Ukraine during a special episode of RTÉ’s Late Late Show on Friday night.

“I don’t think much of him. I get very angry when I think of him. The West was very naive. I think he’s anti-democratic. He’s a bad man, dangerous and causing havoc. untold harm to people, and rules-based order change that we all adhere to,” Martin said in an interview with Late Late Show host Ryan Tubridy.

“This is a barbaric and brutal attack on the Ukrainian people because they do not want a democratic Ukraine. I salute the bravery of the past week.”

The Taoiseach also praised Ukrainian President Volodymyr Zelenskyy for his bravery during the Russian invasion and said he “personifies the Ukrainian nation right now”.

Martin made a heartfelt appeal on Friday’s Late Late Show calling on the Irish public to donate to the Red Cross appeal and they responded emphatically to the appeal.

The show closed with the colossal sum of €2.2m raised for the Irish Red Cross appeal, with donations arriving so fast they caused the site donate.redcross.ie to crash at one point.

However, as with the Late Late Toy Show’s pre-Christmas call, viewers were able to continue to donate through the Revolut app.

Friday’s Late Late Show also included a heartbreaking introductory segment, with a moving speech by Tubridy and a special video production showing footage of children fleeing their homes as Russian missiles rained down on the country.

Thank you to the brave Ukrainian Irish community who joined us this evening and to all our guests for sharing their support. #LateLate pic.twitter.com/HZdvzXWfhQ