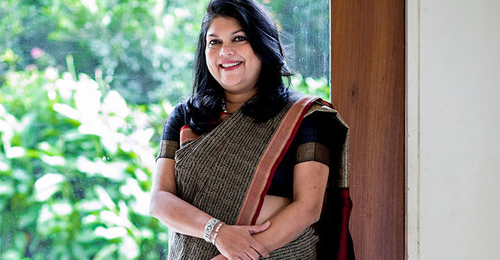 Falguni Nayar becomes the first self-made female billionaire in India after the IPO of her e-commerce company.

Nayar founded Nykaa in April 2012, at the age of 50, with $ 2 million from his own savings. However, unlike other ecommerce startups, Nykaa has funded itself through investments from high net worth investors rather than venture capital funds.

Seller growth has been attributed to the lack of middlemen and selling through company-owned websites, mobile apps, and stores.

The IPO of FSN E-Commerce Ventures, owner of Nykaa, was a turning point for the Indian financial industry and women-led startups across the subcontinent. Nykaa shares were oversubscribed almost 82.5 times. And shares allocated to qualified institutional buyers, non-institutional investors, retail investors and employee shares were respectively oversubscribed 92.3, 110, 10.3 and 1.9 times.

With her and her family owning 52.6% of the online business, Nayar’s net worth swelled to $ 6.68 billion, making her the richest self-made billionaire woman, according to the 2021 Bloomberg Billionaire Index. the first self-employed Indian woman to become a billionaire at 50, and the first woman to take a unicorn startup on the stock market. In terms of net worth, she ranks behind Savitri Jindal, Chairman Emeritus of OP Jindal Group, and above Mazumdar-Shaw, Executive Chairman and Founder of Biocon Limited.

Nayar studied finance at the prestigious Indian Institute of Management in Ahmedabad, India before working with Kotak Mahindra Group as an investment banker for nearly two decades. She led the group’s global operations in the US and UK, and served as the group’s managing director when she chose to leave.