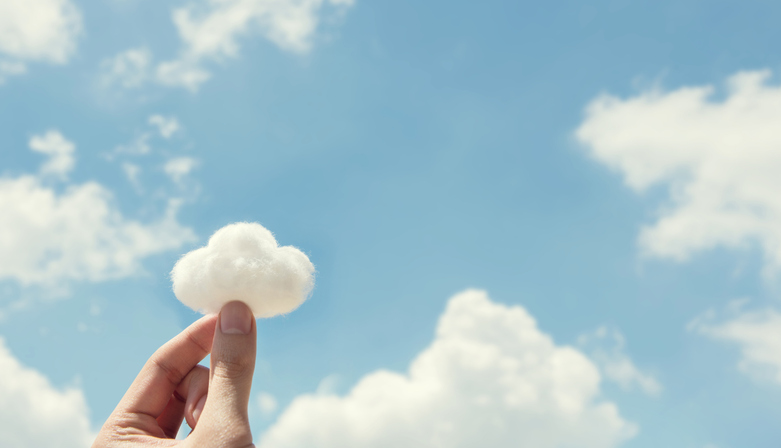 
In a highly regulated industry like banking, innovation has always existed in silos delimited by strict regulations.

The risks were just too high to think beyond that. In addition to exorbitant fines and loss of business licenses, banks faced reputational risk. Trust, after all, is what banks trade. Otherwise, customers will simply switch to a more trustworthy bank.

So what happens when the same regulators who wrote these regulations pivot and become disruptors and agents of change? It level the playing field and erodes market share, and traditional banks share the spirit that traditional banks enjoy.

Banks have never hesitated to innovate. In fact, they were leaders in using technology to deliver new services, increase efficiency, and integrate global processes. Over the past decade, they have also started sharing data for better compliance, customer relationship management, and risk improvement.

So why aren’t traditional banks seen as innovators? The reason is that all innovation has happened in tight silos, often defined by regulations and products. The challenges facing holistic wealth management and the combination of investment and protection advice are just a few examples.

However, their most significant advantage lies in their customer relationships based on data collected over the years. The fact that many banks are pursuing master data management projects means they understand the value of getting a holistic view of customers through their data.

However, moves by regulators to drive open banking and open data initiatives, and encourage neobanks to establish themselves, have forced banks to increase their time to market. The location of the data then becomes essential.

“One of the problems is that the data is with the app. The other problem is that the same data can be found in more than one application. They will therefore have to create a secure data architecture, ”explains Aju Murjani, public cloud sales manager at IBM Asia Pacific.

This is a big challenge for banks that have traditionally operated along product lines. This siled approach has resulted in data duplication and inconsistent data structures across the organization. “When I used to work with a reputable bank in the Philippines, they would register a customer’s identity 97 times in their systems,” observes Murjani.

This creates challenges that go beyond data efficiency and the inability to create gold records. Murjani notes that this impacts identity management and data security, which can cause additional headaches for IT and security teams in a Zero Trust world.

The lack of proper data mobility means leveraging the cloud can be a challenge. Although many banks are in the cloud, they remain in private cloud domains, observed Murjani.

“If you don’t get [your data] in a lake, modernize and secure it, then the next one [step] you take either a public or a private environment, even a distributed cloud environment will essentially evolve into a garbage in or out state, ”he adds.

Banks can’t afford to wait either, with neo-banks and Big Techs chasing them and eroding their market share.

For banks, migrating to a single cloud is not an option.

First, their internal IT landscape is typically a patchwork of SaaS applications and cross-service cloud applications. Additionally, for many regional and international banks, compliance and data residency rules mean they must operate in different cloud data centers. And not all hyperscalers can offer a one-size-fits-all solution, nor should banks be wondering if they fear vendor foreclosure.

Murjani also notes that banks are now managing hybrid workforces and want to bring data closer to their analysts or critical operations. It is a major theme among hyperscalers to run Edge-to-Cloud workloads, where some of the data is stored in a cloud data center closer to the user or where the data is generated as a micro data center.

At the same time, banks are starting to see the economic promise of the cloud disappear. Rising data exit and entry fees mean that becoming a cloud-only bank is no longer viable at some point as traditional banks face Return on Equity (RoE) pressures. This is one of the reasons why some banks see the value of keeping or even downgrading some of the data on site.

The problem with working with multicloud, on-premises and edge clouds is orchestration – it’s complex. And with increasing regulatory oversight over data privacy and banks facing more pressure from sanctions (for example, identifying new PEPs), they are also taking a lot more risk. And there’s also the sad truth that not all cloud workloads are designed to be portable, adding another layer of complexity.

“So it’s no surprise that IBM Cloud Satellite is getting a lot of attention. In fact, I’ve never seen so much interest in a single cloud solution, ”says Murjani.

Why? One of the reasons is that IBM Cloud Satellite, which runs on Red Hat OpenShift, offers a solution demanded by all multicloud stores. It is an extension of IBM Public Cloud that runs in a customer’s data center or directly at the edge. IBM has also ported all cloud services to Kubernetes, so it’s ready for multicloud orchestration.

The main advantage of the solution is its name. Each Satellite control plane is an IBM public cloud instance running on Red Hat Enterprise Linux or an IBM Cloud Pak system. Think of it as a turnkey, stand-alone private cloud offering. Each Cloud Satellite location is connected using IBM Cloud Satellite Link, managed by the IBM Cloud control plane. This allows immediate audit and visibility for users while allowing cloud operations teams to easily configure.

IBM also works with more than 65 partners, including Cisco, Dell and Intel, to run workloads across different environments. Customers can also access the extensive list of Red Hat Marketplace offerings.

Murjani pointed out bank branches without a cashier or robots. These are becoming popular as branch usage plummets and banks struggle to close them for health and safety reasons.

“These are physical locations without a cashier onsite, but with the ability to scan check deposits, authenticate PIN codes with a driver’s license, and replace lost ATM cards onsite,” says Murjani.

He notes how a bank using IBM Cloud Satellite implemented an architecture that supports microservices on a serverless framework.

“This enables instant scalability, simplifies maintenance and improves the efficiency of deploying new features; all with the necessary compliance measures, ”he adds.

Another use case of fraud detection using AI. Murjani noted that the bank needed local AI-based tools to be deployed locally to reduce latency and increase threat detection and complaint handling speeds. IBM Cloud Satellite can enable such an architecture while getting rid of local maintenance needs and deploying AI-based applications in three to five weeks.

“When AI tools are available locally, it reduces latency when modeling and by running applications close to users, improving responsiveness and the overall experience. Obviously with the managed proposition it also reduces the operations and maintenance of the cloud service, ”said Murjani.

The journey has only just begun

Murjani sees that new cases will follow, and the flexibility of the solution allows for those that his team hasn’t even thought of.

The journey for IBM Cloud Satellite has only just begun, notes Murjani. Over time, he sees the offering expand to other cloud platforms while allowing industries to create industry-specific clouds.

“Now we are only limited by our creativity,” he adds.

Winston Thomas is the editor of CDOTrends, HR & DigitalTrends and DataOpsTrends. He’s always curious about everything digital including new digital business models, the growing impact of AI / ML, unproven singularity theories, proven data science success stories, dangers hidden aspects of cybersecurity and the reinvention of the digital experience. You can reach him at editor@cdotrends.com.