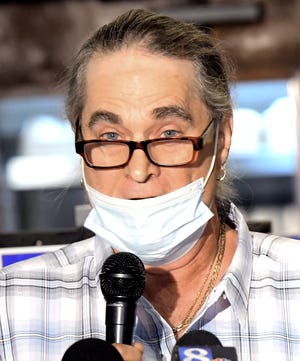 Saving our small businesses from a gloomy winter

The rollercoaster economy that our small businesses have endured began with mandatory economic shutdowns and has been slow to recover. When Governor Tom Wolf shut down nearly every business at the start of the COVID-19 pandemic, Pennsylvania went from collecting a steady stream of revenue, including unemployment insurance payments, to running out of steam. from its unemployment compensation reserves and having to rely on federal loans to meet its obligations to unemployed residents. Now our small businesses could be left behind if the General Assembly does not act.

States across the country have paid out nearly as many benefits since the start of COVID-19 as they have in the rest of the 21st century combined. To help defray the cost of this substantial obligation to the unemployed, the Commonwealth received nearly a billion dollar loan from the Federal Government. Alarmingly, a large portion of this loan matures in November.

After:America’s homeless are aging as more retire to the streets

If the Legislative Assembly does not take the initiative to fix this problem, small businesses, the lifeblood of our communities, will face huge increases in unemployment insurance premiums as they begin to struggling to recover from shutdowns and fight record inflation. Higher rates would have a direct impact on companies’ ability to hire new employees and grow.

The Commonwealth is currently sitting on $2 billion in mostly unrestricted funding from the American Rescue Plan Act (ARPA), intended to give our state flexible funds to deal with the unexpected and disastrous economic consequences of the pandemic. I fought to preserve these bailout funds because these funds are precisely what should be used for the Unemployed Compensation Trust Fund crisis.

Hurry up. Businesses will receive their 2022 unemployment insurance rates in December, leaving only months for the Legislature to act quickly to save our small businesses.

The General Assembly must act now to save our small businesses and fortify our economy against further negative impacts. As a strong small business advocate, I support the use of federal stimulus funding to address the unemployment compensation crisis. As a member of the House Appropriations Committee and the Labor and Industry Committee, I have used my voice to encourage my colleagues and leaders to make this a priority. There is no more appropriate use of these funds than to protect our already struggling businesses from pandemic-induced tax hikes. Our small businesses have suffered enough and I intend to fight for their continued prosperity.