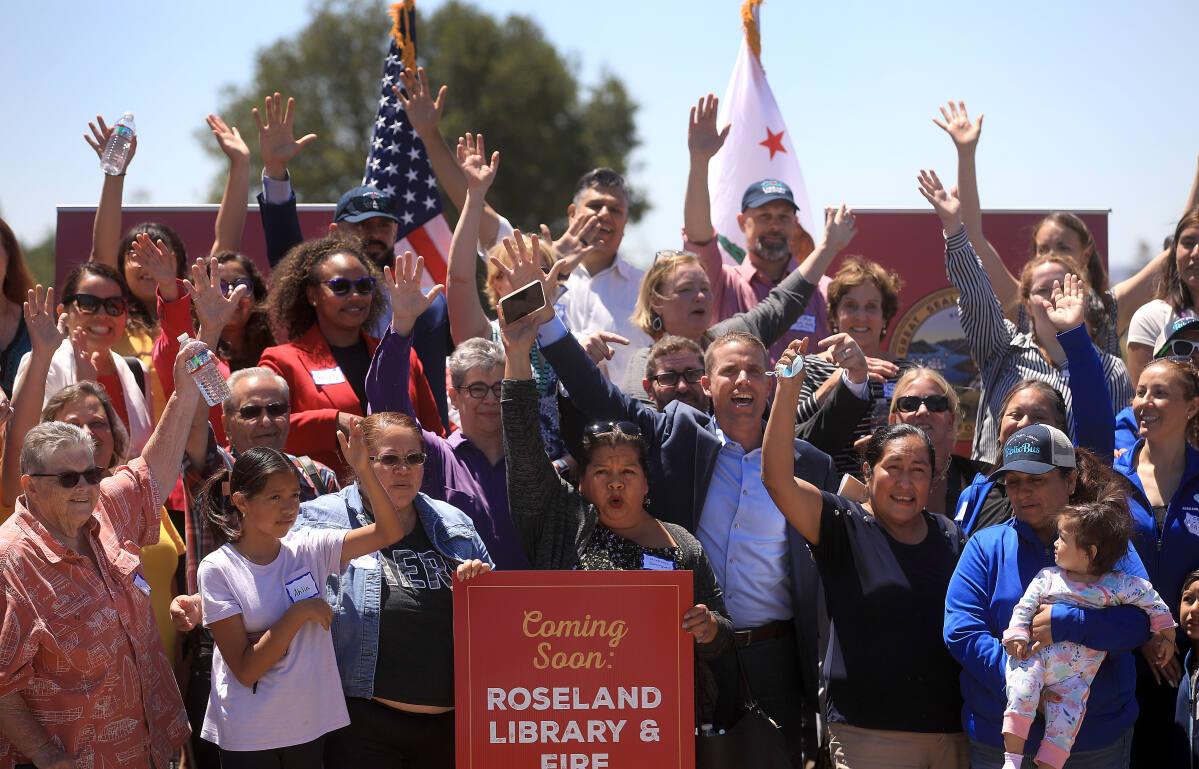 Through an appropriation in the state budget, McGuire, a Healdsburg Democrat who became Senate Majority Leader in January, and other area lawmakers secured $5 million for the construction of a new firehouse Santa Rosa Fire Department No. 8 and an additional $5 million for a public library.

Both projects have long been sought after by public safety officials and community activists who say Southwest Santa Rosa is growing but struggling with historic underinvestment in public infrastructure and civic life.

State and city officials have now allocated approximately $39 million to create a civic complex on more than 6 acres of property that today is mostly fields and a few old structures.

McGuire called the funds “a big step forward in being able to deliver on the promise to bring desperately needed services and programs” to Roseland and the surrounding area.

“For too long, Roseland has been left behind,” McGuire said, “left behind with aging infrastructure, lack of services, lack of resources, and it has left the vibrant neighborhoods that make up this incredible community without a equal access to the resources they deserve.

The construction of the road will leave enough land for the library, the fire station and a Roseland community building that has not yet been defined but could include a water recreation center, according to Santa Rosa Mayor Chris Rogers. . City officials have allocated $10 million in federal pandemic stimulus funds for the potential project.

The city has paid $3.8 million for two of the plots so far, according to Santa Rosa property manager Jill Scott. The third package is in escrow and the purchase price is not yet public.

Although the budget allocation was a major step, officials did not secure enough funds to actually build the fire station or library.

Last fall, the city council set aside $10 million for the library in settlement funds paid by Pacific Gas and Electric Co. following the 2017 firestorms.

Assemblyman Marc Levine, D-San Rafael, secured $1 million with a separate budget measure for this project. McGuire’s announcement on Tuesday brings the total for that project to $16 million.

The library will be the largest in the county system and its “crown jewel,” said Sonoma County Library Director Erika Thibault. The building is envisioned at around 20,000 square feet, she said, and officials hope to begin construction in 2024.

While the final cost estimate will change with material and labor costs, current estimates stand at $27 million, according to Ray Holley, spokesperson for the library system. Library advocates will continue to seek new sources of government funding to fill the current $11 million shortfall.

The nonprofit Sonoma County Public Library Foundation will launch a private fundraising campaign in the fall. The foundation has never embarked on a capital construction fundraising campaign of this magnitude, said board chair Sara Ortiz, but the substantial public funds already secured will send a positive message to potential donors.

“It signals to our donors that this is going to happen,” she said.

Placing a station closer to the 101 freeway amid growing residential neighborhoods will provide better fire protection for the city’s southwest quadrant, Wetrope said, and allow the department to be ” truly rooted” in Roseland.

5 apps I use to save money while inflation rages