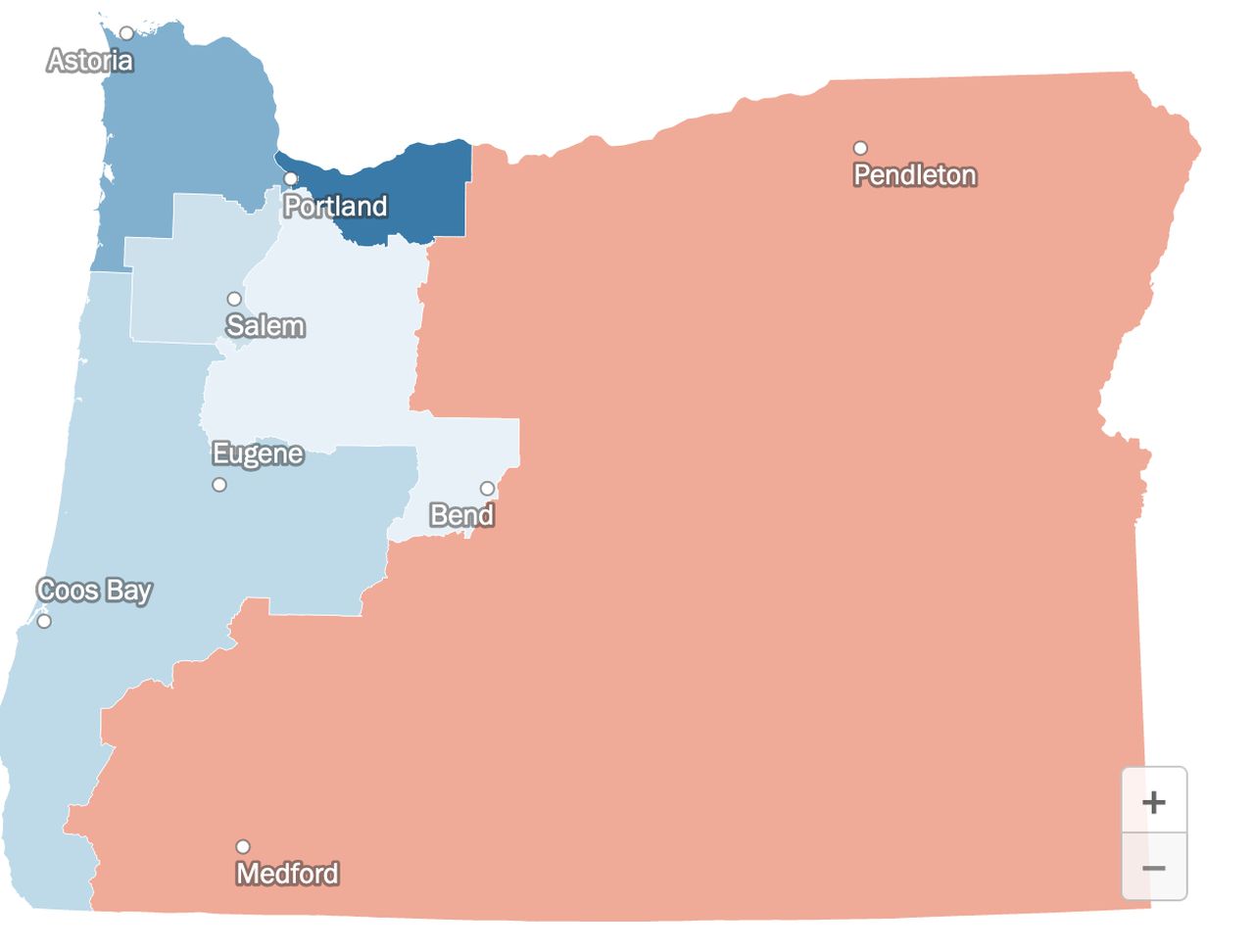 A retired DC veteran, an intraparty challenger and an all-new seat add to a congressional primary season like none in recent memory in Oregon.

With Rep. Peter DeFazio’s 18-term retirement and the creation of a new district, Oregon is guaranteed to elect at least two new members to the U.S. House of Representatives this year. It hadn’t happened since 1998.

A total of 45 candidates ran to represent Oregon in the House. By comparison, as recently as 2016, just 20 people were in the primary ballot in Oregon’s five districts.

The increase in the number of candidates is due in part to the added district, Oregon’s first since 1982. It is due to the once-a-decade redistribution of House members. Oregon’s population growth has made it one of six states to win at least one congressional seat this year.

The new 6th District stretches from eastern Washington County, including parts of Beaverton, and south and west to include McMinnville and Salem. Sixteen people have applied for the seat: nine Democrats and seven Republicans.

With the 6th District favoring Democrats when it comes to party registrations, “this is a real opportunity for Republicans to land a seat,” said John Horvick, senior vice president of Portland-based DHM Research. “The Democrats are going to have a pretty contested primary,” leaving the eventual winner bruised and tired ahead of the general election.

“If I was the national Republican party, that’s where I would be focused” among Oregon’s races for Congress, he said.

With so many candidates, Horvick said it’s very possible the winner of the Democratic primary will only receive 30% of the vote, meaning most primary voters will have backed a different candidate. The winner should rally Democrats while reaching out to Republicans and unaffiliated voters.

The fact that this is an entirely new district makes predicting the outcome even more difficult, said Christopher Stout, an associate professor of political science at Oregon State University. Even without an incumbent, however, applicants who already hold a position will have an advantage, he said.

“If you’ve run for office in the past and you’re on the ballot again, people think ‘I heard about this candidate,’ that’s a huge advantage,” Stout said.

In a very open race, endorsements also matter, he said.

“People don’t always know who to vote for in the primaries, but if the party coalesces around one candidate, it usually leads to higher levels of support,” Stout said. “I think people will be looking a lot to find out who is supporting these candidates.”

Meanwhile, the Democratic-led redistricting of existing districts to accommodate the sixth has significantly altered the boundaries of Oregon’s 5th district. Incumbent Kurt Schrader, a Democrat from Canby, has held the seat since 2008.

The district that Schrader won hands down in 2020 includes part of the Willamette Valley and stretches west to Oregon’s central coast. However, the newly drawn district, which takes effect with this election, moves the boundaries to the east. It no longer includes Salem, for example, but crosses the Cascades to include Bend.

Of Oregon’s six districts, 5th is the only one in Oregon that Cook Political Report, a national ratings firm, rates as anything other than “solid” or “likely” to be decided in favor of. a certain party. Instead, Cook considers it a Democratic-leaning neighborhood.

For Schrader to win an eighth term, he must first overtake a challenger in the Democratic primary. Jamie McLeod-Skinner, who had a credible but losing run as her party’s nominee for the Republican-dominated 2nd District in 2018, won some early endorsements from key unions, including the Oregon Education Association. She also won support from high-profile Democrats, including former Oregon Gov. Barbara Roberts and U.S. Senator Elizabeth Warren of Massachusetts.

McLeod-Skinner is running on the political left of Schrader, who has come under fire from party activists for his votes on bills related to pharmaceuticals and coronavirus stimulus funds, among others.

“It’s probably going to be the toughest environment (Schrader) has raced in,” Horvick said. “Even if he passes the primary, he’s going to face a tougher challenge overall. It’s definitely not a solid blue seat.

Still, Horvick said Schrader has plenty of experience winning elections and has a campaign fund that, at the end of the last reporting period, vastly outstrips all others, of either. another party in the May primary.

Stout also thinks Schrader could face a tougher re-election bid than before, particularly if McLeod-Skinner is able to leverage his endorsements to raise more money.

And he said primary voters who might be skeptical of unseating an incumbent could look to examples of Democratic challengers who have unseated incumbents in primaries in recent years, such as Representative Alexandria Ocasio-Cortez of New York, Rep. Ayanna Pressley of Massachusetts, and Rep. Jamaal Bowman of New York, all of whom unseated longtime Democratic incumbents.

“People might be willing to take a chance with a candidate who’s a lot more left-wing, especially if that’s where the energy is,” Stout said.

While the 5th District Democratic primary is a one-on-one game between Schrader and McLeod-Skinner, the Republican primary is a five-way race. The field of candidates includes former Happy Valley Mayor Lori Chavez-DeRemer and businessman Jimmy Crumpacker, who finished fourth in a crowded Republican primary for Oregon’s 2nd District in 2020, when the seat was open due to the retirement of Representative Greg Walden. None of the other Republicans had reported raising money at the end of the previous federal reporting cycle in December.

Oregon’s 4th District is also on the national radar due to DeFazio’s impending retirement. The Springfield Democrat has held the seat since 1987.

There is only one Republican on the May ballot: Alek Skarlatos, the former Army National Guard soldier who rose to international fame for his role in helping thwart an attack terrorist on a train to Paris in 2015. Skarlatos unsuccessfully tried to unseat DeFazio in 2020 and will face the winner of a Democratic primary that includes eight candidates.

Incumbents from Oregon’s 1st, 2nd and 3rd districts contested the primaries, but most analysts believe incumbents Suzanne Bonamici, D-Beaverton, Cliff Bentz, R-Ontario and Earl Blumenauer, D-Portland, have a sure path to re-election. This also appears to be the case with Senator Ron Wyden, who has a campaign fund of $7 million as he seeks to retain the post he has held since 1996.

While Stout and Horvick say President Joe Biden’s job approval ratings will play a huge role in party choice in the November election, it’s harder to know what issues will push voters toward a particular candidate in the presidential election. primary. But the economy, particularly inflation, promises to be a key issue.

Horvick said polls show younger voters are less and less concerned about their economic situation than they were at the start of the pandemic, but “older voters are very worried, and they’re the ones who tend to run in the primaries,” he said.

And while Russia’s invasion of Ukraine is making headlines right now, that may not be the case when voters cast their ballots in the primary in May, Stout said.

“National issues tend to dominate elections,” he said. Still, if the war continues and gasoline prices stay high, that could play a role.

“The fact that when you go to the gas pump prices are higher than before,” he said, “it’s a daily reminder of how things are.”