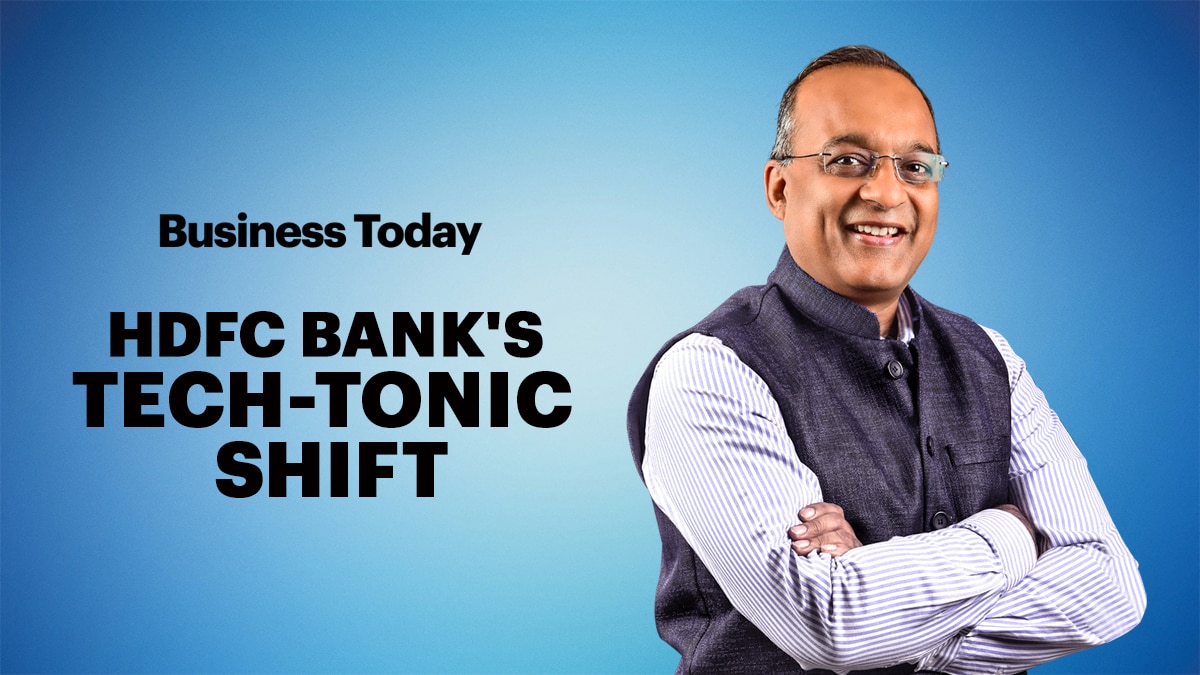 His close associates say Jagdishan is quietly determined to come back in force. The bank is working on a scalable platform by comparing itself to platforms such as Amazon and Netflix, with no downtime. “We are creating two factories, two muscles, like the corporate factory and the digital factory, to be able to build a new architecture, new designs on the cloud, which will allow us to compete with fintechs and players in the platform. It is again a journey that you will begin to see. You won’t see it overnight. It will start to happen in 12 to 15 months and it will probably all be revealed in about three years, ”Jagdishan promised shareholders at a virtual annual general meeting or AGM in July. (Jagdishan was not part of this story.)

The new platform aims to transform the bank with more than 5,600 branches and 120,000 employees into a Neo Bank (or virtual bank) within two to three years. There would be a one-click car loan where the customer could visit a dealership, take a test drive, and take the car away. Hundreds of fintechs would connect to the bank’s systems without worrying about technological compatibility. A tie-up with payments giant Paytm was already sealed in August to jointly storm the space of small merchants in small towns and cities for Buy-now-Pay-ulter (BNPL) loans. There is a new rural strategy of grafting onto the platform of 350,000 government-owned Common Service Centers (CSCs) to capture the emerging middle class in small towns. There is also an ecosystem approach across geographies in under-penetrated segments like healthcare, education, odd-job economy and start-ups to seize savings, credit and investment opportunities. (see box The digital banker). Seven months after taking office, Jagdishan also reshuffled the portfolios of his management team to align with the new business strategy. To extend the analogy with Jagdishan’s cricket, it looks all padded for playing long innings.

Call it changed circumstances or personality undertones, Jagdishan turns out to be very different from Puri. The smooth succession without any senior management exits so far shows confidence in his leadership. “Puri was multidimensional, he led the bank from the start, while most of Sashi’s experience is as a Chief Financial Officer (CFO),” says VK Vijayakumar, chief investment strategist at Geojit Financial Services. Parag Rao, Group Head-Payments Business, Consumer Finance, Digital Banking & Information Technology at HDFC Bank, points out that “CFOs have the unique advantage of not only managing finances, but also having an extremely deep strategic vision. , incisor ”. Jagdishan’s leadership skills were brought to the fore when he rushed to apologize to the bank’s more than 60 million customers for the repeated technology outages. On a conference call hosted by Macquarie Capital in May, Jagdishan said the technology shortcomings were damaging the bank’s reputation. “No banker would have made such an admission publicly,” said a former HDFC bank executive. Two months later, at the virtual AGM, Jagdishan called the disruption of new age tech players a valid fear. “You can either sit down and sulk, or handle it differently,” he said.

This leadership style of admitting mistakes or publicly acknowledging the competition is also shaping the bank’s new strategy. “Sashi offers a mix of an incredible amount of high micromanagement and detail skills,” insiders say. Unlike Puri who built the bank brick by brick, Jagdishan inherited a Godzilla-sized entity with an asset crore of Rs 17.46, which is just behind assets of Rs 48.80 crore. of the State Bank of India, the largest bank in the country. “He got on a running gear,” says Arvind Kapil, head of the Assets Retail & Sustainable Livelihood Initiative (SLI) group at HDFC Bank. Sitting in the CEO’s chair last October, Jagdishan made it clear that he didn’t have to worry about the energy level of the bank’s workforce. Rather, his job was to communicate the evolution of strategy under new circumstances. For example, when the bank received a blow to the fingers (an expression Jagdishan himself uses) from the RBI for three computer failures in as many years, here is what he wrote in a communication to employees: “ I am grateful to the regulator. Many of his senior management colleagues were taken aback by the release, but Jagdishan actually saw it as an opportunity to overhaul the bank’s tech apparatus rather than taking incremental steps to keep the regulator happy. 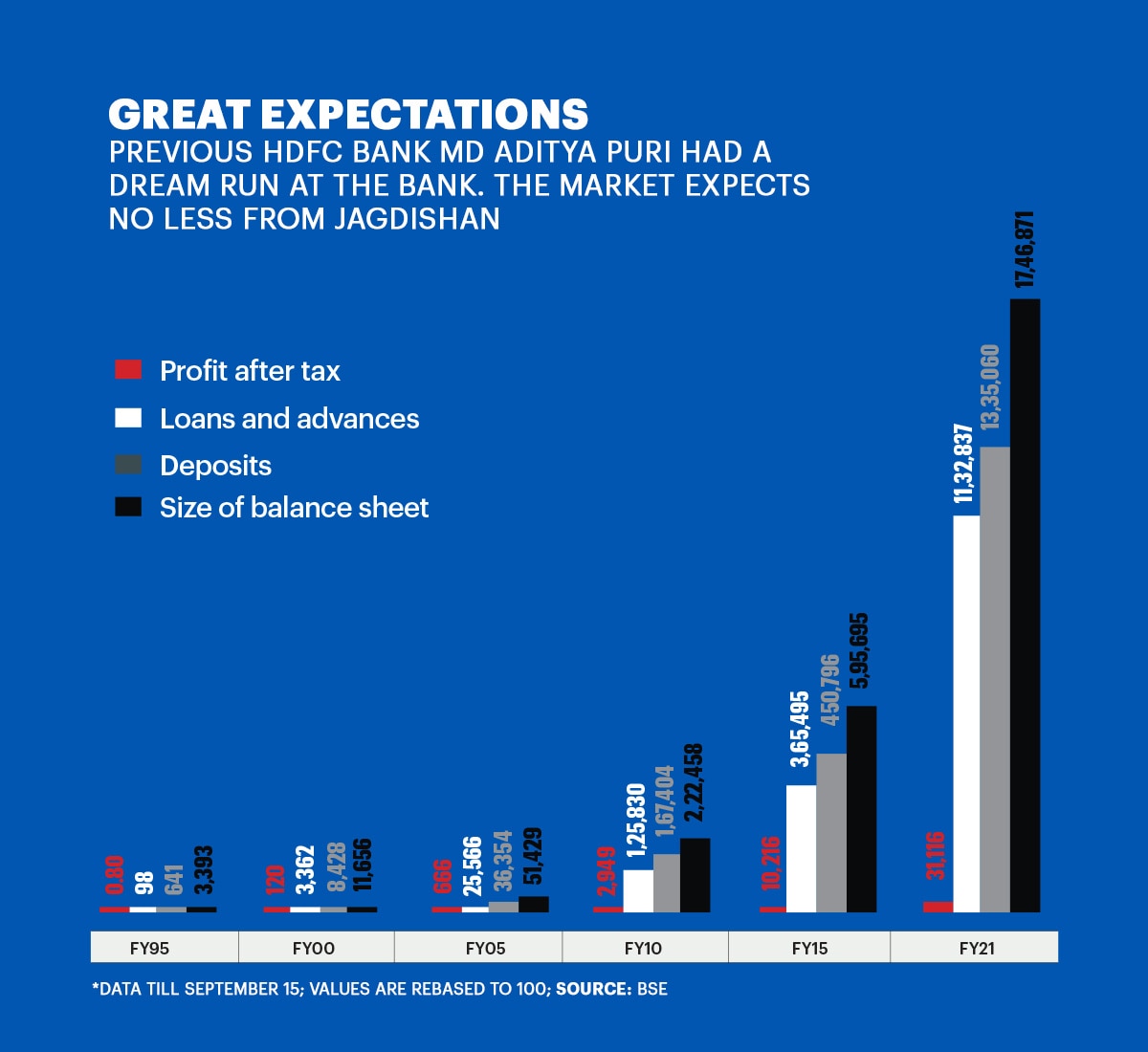 The subtle differences Jagdishan brings to the table were visible when he handed the task of technological transformation to Rao, who was responsible for the group’s cards, payments and marketing. It was Jagdishan’s idea to empower a business leader. Rao breaks down digital transformation into two steps. The first step, which started under Puri, was digitization or straight-through processing, which involved digitizing back-end processes by reducing transaction skips in processing products for a customer. “This is an extremely important step because without it there is no point in creating a sophisticated application or a sophisticated customer experience without the processes being digitized,” explains Rao.

The new architecture of the bank – do it yourself – will now hardly have a man in the middle. “The clear vision of the bank is to be seen as a technology company with a banking license,” says Rao. As part of this plan, the bank has launched two initiatives, the corporate factory and the digital factory, to manage the entire digital transformation, which concerns the entire bank, all product segments. and all support functions. The role of the corporate factory is to manage and modernize the existing bank, while the digital factory focuses on building digital practices, processes and products. The company’s factory is responsible for moving from legacy (fixed servers) to building the new IT architecture with cloud-based designs to ensure infrastructure scalability, capacity on demand and Fail-safe backup for faster recovery from failures. For example, the number of UPI payments is growing exponentially every month. This essentially means reorganizing the infrastructure and increasing the capacity more than three times a year, which is not possible in an on-premises architecture.