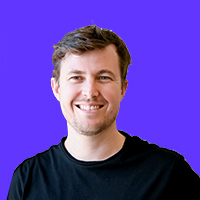 In many ways, technology makes the world go round, not money. It’s hard to imagine life without cars, planes, instant messaging, video streaming, and even social media. As we have seen in history, new inventions and technologies are powerful growth multipliers for societies and set some apart from others. Times have changed and in the modern age of the internet, there is no reason anyone should be left behind when it comes to accessing new digital innovations.

Financial needs are both global and local. While major financial institutions are globally interoperable through systems such as SWIFT, Visa, Mastercard and others, local systems have evolved independently in different regions due to varying regulations, economic activity and of consumer behavior. Unfortunately, unequal access to technology and complex regulations work against equitable financial access.

Even though access to bank accounts has changed to 76% of the world’s adult population according to the World Bank, there is a clear inequality in the availability, cost and quality of financial services around the world. A report published by the African Development Bank shows that less than half of the African countries covered have access to bank accounts, let alone other financial services such as loans, insurance, investments and savings products. In our own team at Rehive, it is interesting to observe the varying access to financial services for team members in different regions. For example, our team in Amsterdam has access to Revolut which allows them to easily invest in US stocks like Apple, Tesla or Facebook and easily exchange stocks for fiat to make purchases on the fly. While our team in South Africa has limited options with less convenience, higher fees and longer waiting times.

What is the solution?

The open source software movement has leveled the playing field in many industries, but it remains somewhat intact in banking and financial services. Banks are really good at keeping a grip on their strategic moats: regulation and technology. As a result, innovation becomes somewhat stagnant in some areas and people are underserved.

Bitcoin introduced the idea of ​​a decentralized unified global financial system as an alternative to a globally decoupled system controlled by countries and governments. This means that it is possible to build a monetary system that can operate anywhere in the world without asking permission from a central authority. These decentralized principles gave hope that access to financial services would become more equitable. However, the sad news is that it is expensive to create production-ready fintech or banking solutions from scratch. It easily costs over $250,000 to create an MVP for an app like Cash App or Revolut. This is especially true in smaller countries where the market opportunity does not justify the cost of building a modern banking product. There are not enough resources, engineering talent and capital available to do so.

What does it take to enable local entrepreneurs in under-resourced countries to build “Cash Apps” that meet local needs? The global underlying financial software and networks are there, what is missing is a low cost solution on the application layer of the fintech and crypto stack, making it easier to launch financial and banking products without requiring software development . It should be inexpensive and easy to deploy a new product that is interoperable with global and open payment networks like Bitcoin, Stellar, or Ethereum, while branding is configurable to target a specific market segment. It’s silly for every new neobank to build their own apps in-house, costing millions of dollars, especially when the feature sets are pretty standard for each one.

Shopify is a great example of how they’ve leveled the playing field for e-commerce regardless of geography. Shopify has even reached the tipping point where it’s so comprehensive and flexible that big brands like RedBull use their services, instead of building in-house.

In short, what we need is a platform like Shopify, but for banking and financial services.