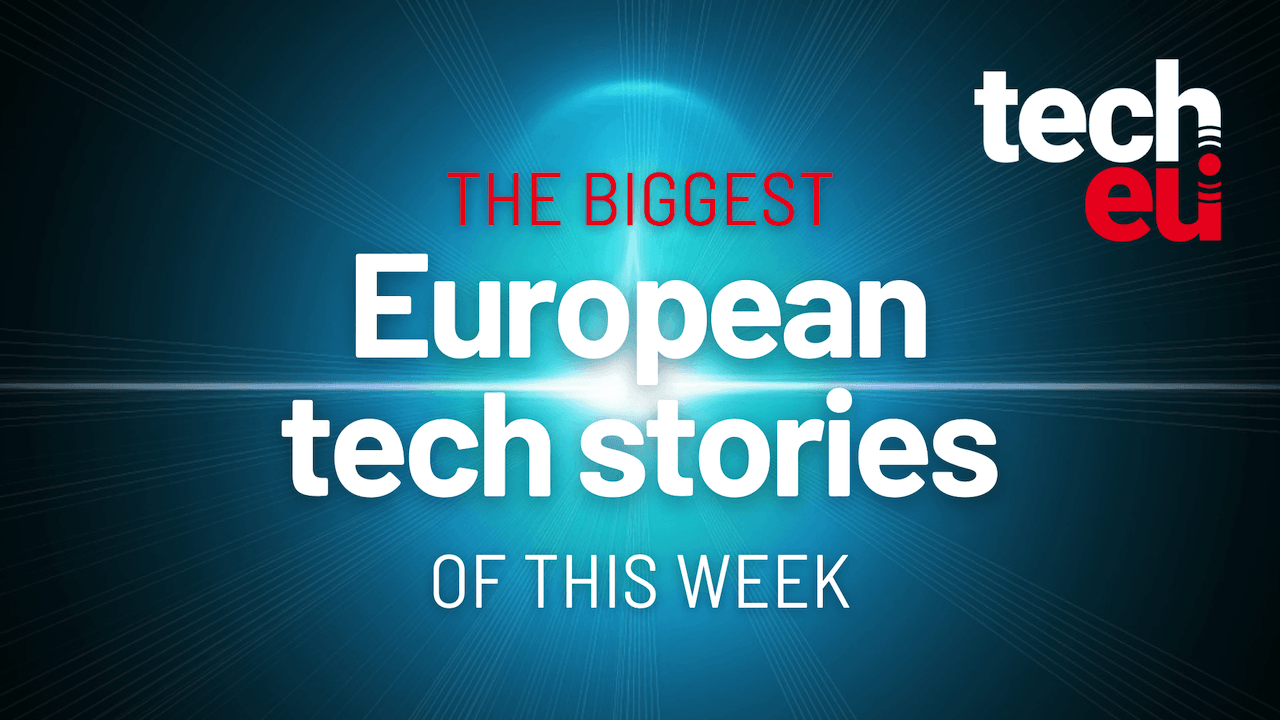 As always, we’re rounding them all up for you in a list sent out in our summary newsletter next Monday (note: the full list is for paying customers only and also comes in the form of a handy downloadable spreadsheet).

We also have news for you: we are already preparing for the second edition of the Tech.eu Summit! Save this date:

Tickets are now on sale.

If you haven’t seen them yet, we’ve made all the videos from last May’s Tech.eu Summit available as a playlist on our YouTube channel – enjoy!

That said, let’s get down to business with the biggest European tech news of the past few days (subscribe to our free newsletter to get this roundup delivered to your inbox).

Frankfurt-based AAA game developer Gunzilla Games has provided $46 million in funding. The round was led by Republic Capital.

Grizzly.fi, a Zurich, Switzerland-based provider of a crypto platform that simplifies investing in the best DeFi opportunities, raised $26 million in funding.

Legado, a specialist in document and open data platforms, has acquired consumer and B2B invoice management technology from London-based WonderBill.

UPSKLS, a Colorado-based on-demand job search platform, has acquired the British company Work Simplra startup that built a virtual internship hosting and management solution for the future of work.

Lord Hammond, the former British chancellor, is among a host of heavyweights conscripted to backing a new £1bn fund aimed at accelerating the expansion of some of the most promising UK fintech companies.

London-based venture capital firm Balderton Capital has had an exceptional year of profits and its partners are benefiting from the new fund to the tune of £12 million.

In other Balderton news, the investment firm has named Elodie Broad as the first “responsible for impact and sustainable future objectives”.

London-based investment firm Portfolio Ventures has closed its second angel fund, with over £5 million to invest in early-stage UK startups.

Capify, the specialist SME lender, has launched a £40m fund for UK small businesses to help manage their operations in difficult business conditions.

>> In other (important) news

Last spring, French scale-up BeReal raised Series B funding at a pre-money valuation of $600 million in a round led by DST Global, reports The Information.

The former chairman of the UK Competition and Markets Authority (CMA) has filed a £10billion claim against crypto companies, including Binance and Kraken, which are accused of “anti-competitive behavior”.

The German competition watchdog is ready to consider whether Microsoft should come within the scope of new rules that allow the country to quickly prohibit anti-competitive behavior.

Revolution was got first crypto clearance of the Cyprus Securities and Exchange Commission, which will form a new European crypto-asset hub to provide additional crypto services to its 17 million European customers.

London-based food delivery service Deliveroo has released its half-yearly financial update to investors and there’s good news and bad news. The good news is that revenues are up, the bad news is that so are losses. Deliveroo will begin to wind down its operations in the Netherlands.

Amazon has been fined again for violating labor laws in Catalonia, Spain. The e-commerce giant has been under investigation by regional labor authorities into its outsourcing practices for several years.

London-based event agency The pollen is on the verge of collapse; he emailed employees confirming he was restructuring after failing to find a buyer. The announcement comes just months after the company announced new $150 million in venture capital funding.

Fast grocery delivery startup Gorillas is set to close a funding cyclebut at a significantly lower valuation (for reasons we no longer need to explain).

Tech.eu Summit: Exploring the Metaverse with The Sandbox, Decentraland and Metav.rs

5 reasons why the Ukrainian fintech sector is growth despite the war.

New data from tech nation reveals that nearly a quarter of UK tech companies achieve Series C or exit in 2022, but warns that these big liquidity events should not detract from the need to support the majority (50%) of tech companies that are in the early stages of growth, especially R&D-intensive companies that tend to have longer product development cycles and time to market.