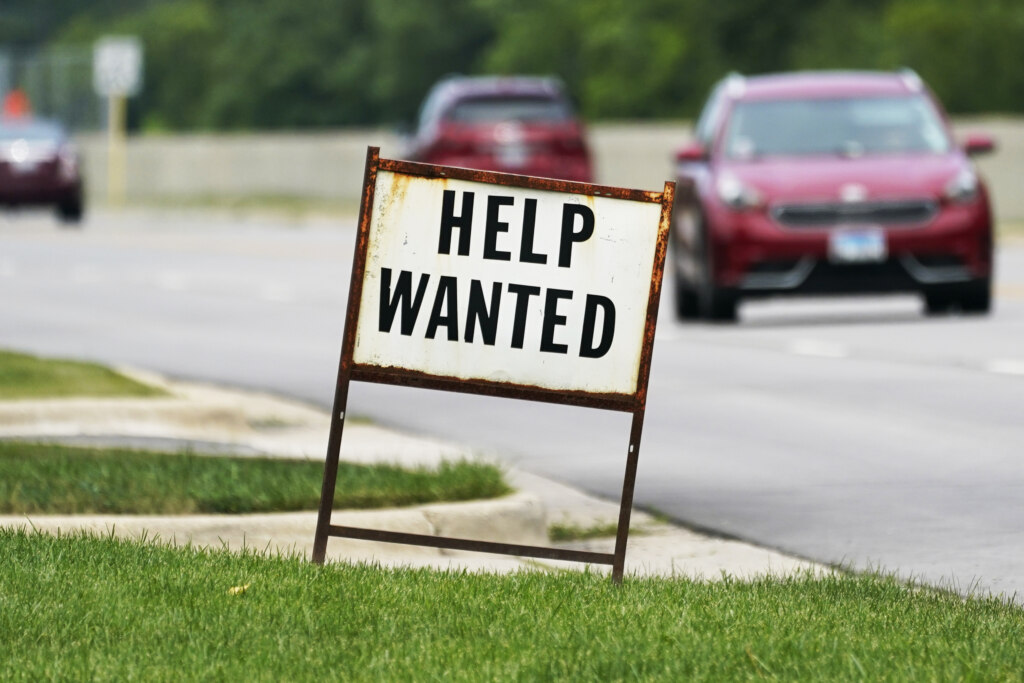 U.S. jobs report beats June estimate, but Illinois is more at risk in a recession


Illinois is one of the states with the most to gain from the continued national jobs recovery, but it could be hit harder than other states by a recession.

The national economy added 372,000 jobs in June, well above the 250,000 originally forecast, showing that the job recovery is continuing despite recession fears.

The good news is that this should mean continued recovery for Illinois. The bad news is that if a recession hits, Illinois is more vulnerable than other states.

Total nonfarm payrolls remain 524,000 below their February 2020 levels nationwide, according to data released July 8 by the U.S. Bureau of Labor Statistics. Total private sector employment has now exceeded pre-pandemic levels. Although the private sector has recouped the job losses of early 2020, there are still significant differences in employment across industries compared to the pre-pandemic economy.

There were significant increases in employment in the trade, transportation and utilities sector (+914,000 jobs) and in the professional and business services sector (+880,000 jobs) compared to February 2020. However, the leisure and hospitality industry is still short by more than 1.3 million jobs compared to pre-pandemic levels. Government payrolls are down by 664,000 and jobs in education and health and other services are down by more than 250,000 respectively.

While some sectors are still far from previous employment levels, the labor market seems ready to continue its recovery. There are two job vacancies for every unemployed person in the country.

However, economic uncertainty remains. The Federal Reserve has already raised interest rates three times this year, and more rate hikes are expected in the coming months. Despite rising interest rates, inflation remained higher than expected – up 9.1% from a year ago, the bureau reported on July 13. Gross domestic product has shrunk and preliminary estimates from the Federal Reserve Bank of Atlanta suggest GDP has now contracted. for the second consecutive quarter, which is traditionally a key indicator of a recession. The combination of these factors does not bode well for the future economic outlook. It remains to be seen whether the US labor market will be able to sustain its recovery despite these challenges.

What does this mean for Illinois?

Strong job growth nationally is good for Illinois, as its labor market remains one of the least recovered in the nation. As of May, the state was still more than 136,000 jobs short of early 2020 levels. Illinois’ unemployment rate of 4.6% was among the highest in the nation.

Another good sign for Illinois: the education and health services sector led national employment growth in June. Illinois’ education and health services sector is still short of about 33,000 jobs. Robust national growth in these areas could be a boon for Illinois, as continued national employment recovery should translate into continued recovery in the state.

However, Illinois could still be more susceptible to a potential economic downturn as businesses and residents flee. Three major companies – Boeing, Caterpillar and Citadel – have all announced they will be moving their headquarters out of Illinois in the past two months. And a record exodus leading to population decline threatens to prevent the state’s economy from ever returning to pre-pandemic employment levels.

The first step to ensuring that Illinois does not suffer a particularly painful future economic downturn will be for voters to take a close look at Amendment 1 in the Nov. 8 ballot. Amendment 1 would amend the Illinois Constitution to grant Illinois unions more extreme powers than they have in any other state, including the ability to negotiate on virtually unlimited matters, the ability to overriding state law through their contracts and a guarantee that taxpayers and legislators would have an extremely difficult time reversal course.

If Amendment 1 passes, Illinois’ $313 billion pension debt would continue to swell as state and local taxes, which are already among the highest in the nation, would rise in an attempt to keep pace. Spending on vital programs would continue to decline. Illinois’ housing and labor markets are already hurting as high taxes and reduced services make it difficult to find a job and live in the state. These problems would be exacerbated if the United States entered a prolonged recession.

Illinois needs reform that will control state cost drivers and provide vital support to taxpayers when they need it most. Amendment 1 ensures that these challenges are compounded during times of economic hardship.