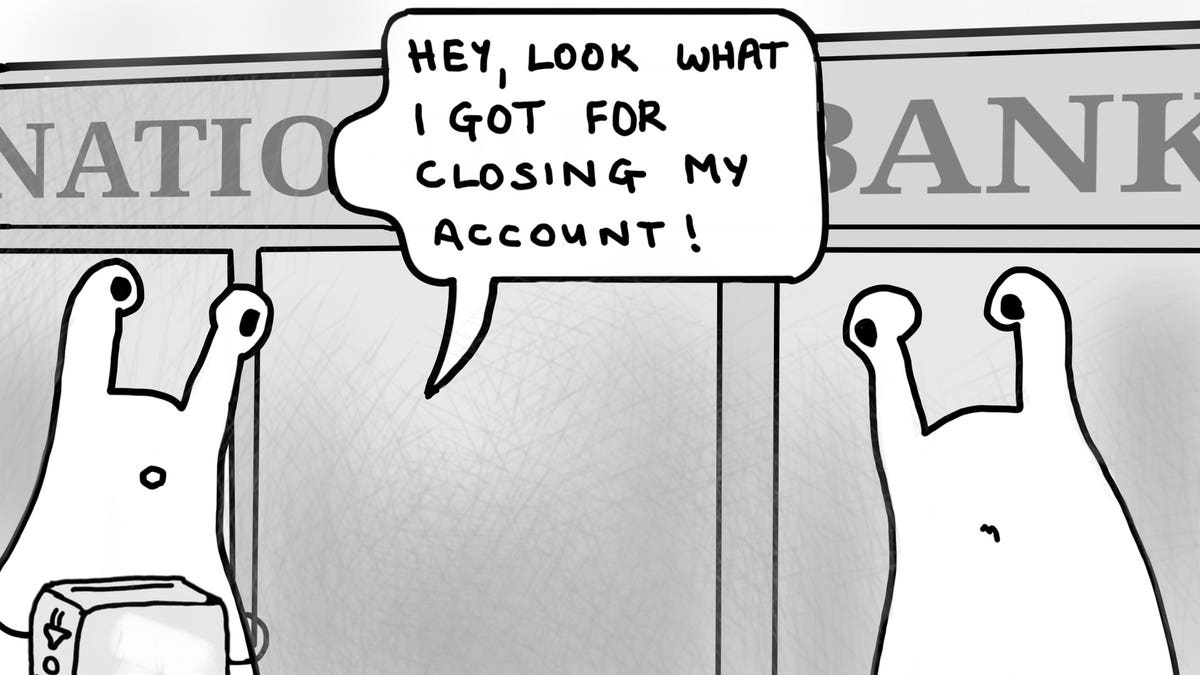 All over the world, in developing and developed countries alike, there are hundreds of millions, billions of unbanked people. But why are so many people not banked? It cannot be because there is a shortage of banks, because there are more banks, challenger banks, neobanks, and near banks than you can own. There has to be another problem, and as the old saying goes, where there is a problem, there is an opportunity.

It’s a really big opportunity, frankly. The Economist summarizes the situation in America as follows: Access to banks can be expensive and seven million unbanked households, depending on check cashing companies, pawn shops and payday lenders. (They also note that credit and debit cards charge 1-4% merchant fees, which are returned to the wealthy through airline miles and credit card points.)

The American Bankers Association (ABA) and Federal Deposit Insurance Corp (FDIC) have called on more banks to provide â€œbasic bank accountsâ€ to serve unbanked consumers. Yet, many banks already offer these accounts (e.g. Citi, Bank of America
et al) so it is not clear to me why consumers would have to open an account at First Bank of Wherever when they have already decided not to use Wells Fargo
or JP Morgan Chase
.

What should be done? Let’s start by talking about people who want a bank account but can’t get one because they don’t have the necessary identification documents or maybe other skills needed to operate in this mode (for example, l literacy). These are the real ones unbanked. Like Wired magazine underline, these basic bank accounts (which are also mandatory in the UK) are accessible to people with poor credit histories, while niche banks such as Revolut and Monzo generally don’t ask potential customers for proof of address to opening an account. So it seems reasonable to ask why nearly two million UK adults still don’t have a bank account, let alone adults in emerging markets or America!

Perhaps it is because the banks are not providing them with anything useful. After all, think about the large number of people who are banked (but also use the products and services provided by fintechs, like me) and the people who are underbanked: people who have a bank account but don’t really want it and don’t use the services offered because the bank account is an 18th century product designed for a bygone era. Professor Lisa Servon wrote â€œAmerica’s unbankingâ€About this a few years ago, based on his experiences working in a check cashing operation in New York (I can’t recommend this book highly enough), and the banking experience hasn’t changed much. since then.

There is a very interesting take on all of this in Charlotte Principato’s note on â€œHow about a quarter of underbanked U.S. adults differ from fully banked individualsâ€At Morning Consult. This goes into the demographic details of America’s fully banked, unbanked, and underbanked population and is food for thought. In his survey, underbanked people were defined as having done at least one of three activities with a supplier other than a bank or a credit union in the past year: buying a money order, paying bills or cash a check. Interestingly, most (58%) of underbanked consumers say they could manage their finances very well without a bank. What they need to improve their financial health is not traditional banking products, but better access to their own money through access to an earned salary.

(Almost two-thirds of underbanked adults say they would be able to manage their finances more easily if they could access their paycheck at any time, a market opportunity that fintechs are already starting to exploit.)

Banks really don’t provide what people need. More at Financial brandJim Marous observes that because new accounts can be opened quickly without closing existing accounts, traditional banks and credit unions fail to understand how primary banking relationships are severed. Customers Open Chequing Accounts with Chime, Investing Relationships with Acorns, Expand Payment Options with Wise, and Take Loans with LendingClub
in increasing numbers. So not only the underbanked people, who use their account only to deposit a paycheck and withdraw money, but also the banked people are turning away from this bank to get the services they want.

We have a situation where some of the banked, most of the underbanked, and all of the unbanked are turning to alternative providers because the banks are unable or unwilling to provide the services these customers want. Let’s call them together the â€œunderservedâ€. I think the majority of adults are now underserved (prove me wrong!)

Now let’s rephrase the problem: the problem is not to bank the unbanked, but to serve the underserved. And there is no reason to imagine that banks are, or should be, the answer.

Bank accounts are quite expensive things to manage (as they should be, as banks should be heavily regulated). In some countries, banks are required to offer a basic bank account to anyone who can pass the identification hurdle to get one. But many of these customers will not be very profitable, and it is costly for the banks to serve them. Why keep forcing banks to provide loss-making services to people who don’t want them anyway?

So what are the alternatives? Half of the unbanked use prepaid cards, but offering underserved people pseudo-bank accounts in the form of prepaid cards doesn’t help much (the fees associated with these cards are significant). What needs are underserved are not banks or cards, but new types of regulated financial institutions that provide the modern services needed to support an economy that is still active 24/7.

What are these services? As economist John Kay noted in his recent article on â€œRobust and resilient finance“For the Korea Institute of Finance, while” many aspects of the modern financial system are designed to give an overwhelming sense of urgency … only its most boring part – the payment system – is a vital utility upon which its operation depends. continuation of the modern economy â€. Whether the payments are boring or not, I’ll leave it to the reader’s imagination, but the point is that the crucial utility (that is, the service that should be provided to everyone) is not banking, but the payments.

In the same vein, in their new book “The Pay Off-How Changing The Way We Pay Changes Everything“Gottfriend Leibrandt (who was CEO of SWIFT from 2012 to 2019) and Natasha de Teran write that” if access to a banking system is seen as a crucial part of a country’s development and necessary to take people out of the poverty is not as basic a need as the ability to pay “.

In other words, the basic need and the basis for inclusion in society is not a bank account or something like that, but a safe and secure way to get paid and to pay for goods and services. . And this is not a revelation! We already have a detailed case study that shows us what a non-bank approach to inclusion, which is not blockchain but mobile phones, can do: M-Pesa in Kenya. M-Pesa has just reached 50 million monthly active customers, consolidating its position as the largest FinTech platform in Africa.

(Launched over 14 years ago in Kenya, M-Pesa is now available in Kenya, Tanzania, Mozambique, Democratic Republic of Congo, Lesotho, Ghana and Egypt. If you’re curious about to learn more about the foundations of M-PESA, take a look at this coin from 2012.)

It seems to me that a lot of people would be well served by a simple digital wallet, as evidenced by the success of Square.
Cash in the United States (which generates half of Square’s revenue and has 36 million active users) to make and receive payments. Maybe the utility solution will be something like Facebook’s
Novi wallet soon to be launched in the United States. David Marcus, who heads the Facebook wallet initiative, said in a recent memo that it is market-ready with regulatory approvals in “almost all” US states and that it will deliver. “free person-to-person payments both nationally and internationallyAnd went on to describe Facebook as “a challenger in the payments industry” (which it certainly is).

Banks are not the solution

If we are working on some fundamentals and assume that the primary goal of regulating financial services to consumers is to improve the overall financial health of the population, then we need to find a way to include all of that population in the system: that is, we have to find a utilitarian solution.

A utility solution is not the same as making sure everyone has bank accounts, this is where fintech can make a difference. Anthony Thomas, President of Momo, suggests that the goal of fintech should be to reach the underserved with a wider range of services. As he puts it, â€œaccess to payments provides a convenienceâ€ and is the basic and essential need, but it is also the first step towards accessing a range of financial services that fundamentally reduce risk – such as credit, investments and insurance – and help people look after their financial health and, as Anthony says, are what “Really improves life. “

Banks need to be heavily regulated because they create credit, the gas that powers the economy but can explode if mismanaged. This means that bank accounts are an expensive and rigid way to solve the problem of underserved people. So we should let the banks focus on their important role in society and let others take care of the payments. Force banks to offer accounts to people who don’t want them, force people to have bank accounts to get a paycheck (then stop them from getting those accounts anyway because they don’t have passport or utility bill) makes no sense and will not help achieve the goal of financial health for all.

Should regulators, lawmakers and commercial banks work together to bring the number of unbanked to zero? No. The goal of a modern, forward-looking strategy should not be to bank the unbanked, but to do away with the banks.

The seed phase: the event puts startups ahead of the best investors

Integrated finance: what is old is new