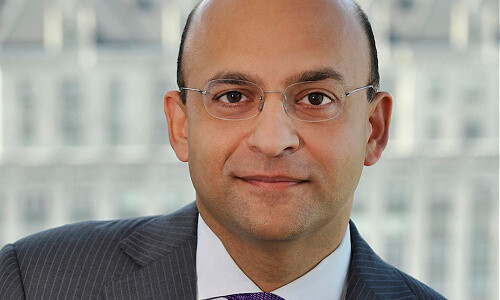 “Until now, robo-advisers have been toothless tigers”

Many banks and asset managers are still using outdated technology. At the same time, the rise of neobanks and innovative fintech platforms continues. In his contribution to finews.first, Taimur Hyat conducts an assessment.

This article is published on finews.first, a forum of authors specializing in economic and financial topics.

Two trends have reshaped banking and payment services for some time: the rise of neobanks and the rapid evolution of the digital fintech platform. Neobanks such as Nubank in Brazil, N26 in Europe, and Chime in the US operate purely digital and have several distinct advantages over traditional banks.

First, they are generally subject to less stringent regulatory standards than traditional banks. Indeed, established banks must comply with much stricter regulations on capital, liquidity and interbank fees. Neobanks have taken advantage of this regulatory asymmetry by serving underbanked populations and expanding the financial services market – even though they might not afford that luxury in the future.

Second, digitization allows neobanks to partner with other businesses and online platforms. This allows them to target customers more effectively and deliver their financial products exactly where their solutions are needed. Finally, neobanks do not incur fees for physical branches or outdated IT systems because they operate only online. This financial flexibility makes them lighter and better able to target different customer segments compared to traditional banks.

Nonetheless, they pose less of a threat to large, established financial institutions than many believe. Indeed, neobanks largely target underbanked market segments rather than high value-added consumers and high-profile business clients who represent the core business of established banks. Additionally, given their highly focused and segmented approach to customer acquisition, it will likely be difficult for neobanks to expand beyond their narrow customer base.

Established players have also seen how dangerous it can be to sit still. They have seen a whole range of retail and manufacturing companies driven out of the market by tech-savvy new entrants. As a result, established banks have become more nimble. They know they can only survive technological disruption if they integrate new technologies into their own business model. Many will be able to successfully integrate – and ultimately benefit from – the technological innovations discovered by neobanks.

“An example is ING Bank’s partnership with Kabbage”

The key to success lies in the use of new technologies to streamline operations or create new lines of business. Key metrics such as software depreciation rates and frequency of technology depreciations are good ways to identify banks that are leveraging technology to effectively modernize their operations. In Europe, BBVA and Banco Santander are prime examples of banks successfully integrating technology. Additionally, among established players, those who use technology-based sales strategies to tap into new customer groups will be successful. One example is ING Bank’s partnership with Kabbage, a small business lender.

Robo-advisers have grown in the wake of the global financial crisis with the promise of transforming wealth management. Indeed, many market participants still see them as a breakthrough technology that will bring drastic changes to their field, in the same way that ETFs have disrupted traditional investment management. In reality, what started as a tumultuous revolution in wealth management collapsed as tech-savvy incumbents captured all of the innovative elements of robo-advisers.

Most robo-advisor startups couldn’t scale because they didn’t have a distribution network. This made acquiring clients almost impossible. Additionally, they offered fairly basic asset allocation and streamlined rebalancing, allowing incumbents to easily replicate their initial benefits. In other words, robo-advisers have so far been more of a toothless tiger.

“Neobanks can be an interesting investment opportunity”

Instead, established wealth managers have successfully incorporated the technological improvements offered by robo-advisor startups into their business model or even developed their own robo-advisors. This has helped them streamline operations such as building and rebalancing the portfolio, as well as creating better digital interfaces for clients.

For both public and private investors, neobanks can be an attractive investment opportunity with high growth potential. In particular, they are expected to thrive in emerging markets with underbanked populations and among younger customers who have yet to contact more traditional banks.

“Traditional banks will not be easily displaced”

This model is also likely to be successful where large retailers, such as Walmart, develop their own online banking services or cooperate with corresponding neobanks. These types of partnerships can help neobanks leverage the large retail customer base and provide a rapidly expanding distribution network.

Despite the growth of neobanks and new payment platforms, however, traditional banks will not be easily displaced. Those of them who truly embrace innovative technologies, successfully integrate them into their operations, and create new digital businesses could provide an even stronger opportunity for investors.

Taimur Hyat is the Chief Operating Officer (COO) for PGIM. He joined PGIM from Credit Suisse Asset Management, where he was Global Head of Strategy and Product Development, as well as a member of the Operational Committee. Prior to Credit Suisse, he was Head of Joint Ventures and Strategy for the Americas at Lehman Brothers. Earlier in his career, he was a partner at McKinsey in New York. He got a doctorate. in Economics from the University of Oxford, where he was also a Lecturer in Economics at St John’s College.

Connect gamers around the world