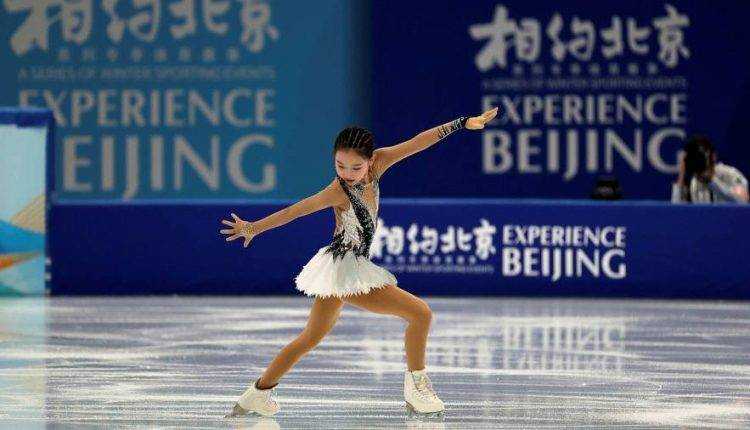 The Biden administration launched the idea of ​​a boycott of the Beijing 2022 Winter Olympics to protest the persecution of Uyghurs in China’s Xinjiang province.

Ned Price, spokesperson for the US State Department, said the boycott was an option “on the agenda” as the Biden administration discussed its approach to China and the Beijing Olympics with its officials. allies.

Asked at a press conference if the United States was discussing a joint boycott, Price said, “This is something we certainly want to discuss. . . A coordinated approach will not only be in our best interest, but also in the interest of our allies and partners. “

An official for a U.S. ally said the Biden administration had raised the idea during preliminary talks about the Beijing Olympics on several occasions, as part of broader talks on fighting China.

But the official stressed that there had been no detailed – or high-level – discussions of how allies would handle the event, or whether a boycott involved government delegations or a move to bar athletes to participate in the games. An official from a second U.S. ally also said there had been some preliminary discussions on a coordinated decision.

After his remarks, Price written on twitter that “we have no announcement regarding the Beijing Olympics” and that the event was “far away”. A State Department official disputed that Price said the United States discussed a boycott. “We have not discussed and are not discussing a joint boycott with our allies and partners,” the official said.

The Olympics came under intense scrutiny as the United States and its allies took an increasingly tough stance on Beijing’s crackdown on Xinjiang. The United States last month imposed coordinated sanctions with the EU, UK and Canada on Chinese officials involved in shaping Xinjiang policy, triggering retaliation from Beijing.

John Katko, the top Republican on the House Homeland Security Committee, said the Biden administration’s decision underscored the “untenable reality” of hosting the games in China.

“The world is watching our next move,” Katko said. “It’s time to move the Olympics to a country that embodies democracy and the spirit of the Olympic Charter. The games simply cannot take place in China. “

The US Olympic and Paralympic Committee declared itself against any boycott on Monday. “They have been shown to have a negative impact on athletes without effectively tackling global issues,” he said. “We believe that the most effective course of action is for the governments of the world and of China to engage directly on human rights and geopolitical issues.”

The last boycott of the American team was that of the 1980 Summer Olympics in Moscow after the invasion of Afghanistan by the Soviet Union. The USOPC made the decision after pressure from Congress. The United States also staged a diplomatic boycott of the 2014 Winter Olympics in Sochi, Russia, to which Barack Obama did not send an official delegation.

The USOPC said Sarah Hirshland, its chief executive, spoke to the Biden administration about the state of preparations for the Tokyo Olympics this summer, but we didn’t know if they were discussing the Beijing Games. The International Olympic Committee, which oversees both events, did not immediately respond to a request for comment.

The postponement of the Tokyo 2020 Games has meant that preparations for both events are proceeding simultaneously. The Beijing Olympics are scheduled to open in February 2022.

Sports governing bodies have been forced to adapt to the coronavirus pandemic ahead of the two Olympics, in some cases by postponing or rescheduling qualifying events.

In the United States, which regularly sends one of the biggest teams to the Summer and Winter Games, many sports determine their delegations through team selections, such as swimming and track and field. International travel restrictions have also made it more difficult for athletes in certain sports, such as figure skating, to participate in world competitions before the Beijing Games.

To pursue Demetri Sevastopulo and Sara germano on Twitter