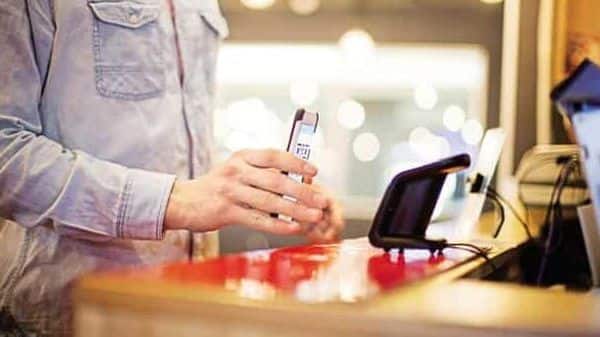 What smart investors watch when investing in fintech companies

The good news is that advancements in financial technology, or FinTech, will improve the lives of customers. The bad news is that a lot of investors are going to lose money while this is happening. With a record $ 98 billion invested in the first half of 2021 alone, bringing the total to over $ 1,000 billion over the past decade, the amounts involved are staggering.

Despite some amazing companies, many FinTechs are bad investments, plagued with serious flaws in their business models and operational performance. We are in a time of immense technological change, but cheap money and the need for growth have blinded many investors to risk.

Investors must first focus on the commodity. The key question is, what problem is FinTech trying to solve? Does it add value to customers and is the product better than its competition? Surprisingly, I’ve seen a lot of FinTechs where these basic questions don’t seem to have been asked. A good example is the myriad of blockchain companies, many of which are trying to find a problem that can match their perceived solution. Their products may be technically sophisticated, but are they enough for customers to change?

The larger problem is that many companies do not have a viable strategy. Rapid product deployments, a smooth user interface, or innovative technology are often cited as key competitive advantages, but they are not strategies in themselves. Neither is less expensive. In many cases, competition could also lower its prices, thereby crushing returns. How long could companies like money transfer company Wise Plc or Revolut Ltd survive if a major incumbent like HSBC Holdings Plc started a price war by offering the same exchange rates?

Poor fundamental strategy is common and can often be detected by companies entering “red ocean” markets. A red ocean is an existing market with a lot of competition. Usually returns are determined by market forces and it can be extremely difficult to disrupt them you are doing business in a very different way, you are going to be hostage to those same forces and see disappointing returns. Hence the poor performance of European challenger banks like Metro Bank PLC, Monzo Bank Ltd. It’s not surprising. They weren’t doing anything fundamentally different from the incumbents. As Thiel said, most businesses fail because they are not immune to competition.

On the other hand, “Blue Ocean” strategies are neglected. A Blue Ocean is one where there is a lack of competition and an opportunity to create new demand. A Blue Ocean strategy could start in a niche of an existing market but expand or even create one. This is where the real disruptors are often born. The best example is Amazon.com Inc., which began by selling books and expanded into new markets such as cloud computing.

Unfortunately, many FinTech leadership teams lack the skills or understanding of the complexities of the markets they are trying to enter. The markets they try to disrupt are often highly regulated with complicated dynamics. Electronic money, or e-money, payment companies have had a particularly difficult time.

In-depth knowledge of financial markets is often lacking. Money may be one of the oldest “technologies” in existence, but many cryptocurrency supporters seem to ignore that Bitcoin is essentially an old idea – private sector money – in a new form. Private sector money has a checkered history and has often come up against governments seeking to protect their monopoly on money. Various well-known behavioral errors also abound, such as the vast use of energy creates inherent value. It is not, it is an almost classic sunk cost.

Does this mean that the entire crypto universe can be seen as a worthless fad? I do not think so. It seems likely that something will emerge from massive innovation in the digital asset space, but I doubt early-stage cryptocurrencies will turn out to be the ultimate winners unless these important issues are addressed. Getting an innovation right the first time would be very unusual.

Much of the problem with FinTech stems from the larger venture capital industry. Flooded with cash, the industry has grown tremendously in recent years and there has been tremendous pressure to deploy capital. Red Ocean markets already exist and their size and value can be relatively easily quantified. Group thinking is prevalent, and trendy investment themes attract a lot of capital but increase competition. Blue Oceans, on the other hand, can start in poor places, so it’s much more difficult to see their true potential or where skilled management teams can take businesses. They also require greater patience.

Starting with flawed business models has meant that many FinTech startups seem to focus too much on getting a higher valuation in the next funding round, while the need to become profitable seems secondary. Given a lack of profitability, valuations are often inflated. Many of these businesses will struggle in the next downturn.

Technological revolutions often come in waves, and we may only be in the middle of a decade. They can trigger profound changes in the way businesses and even societies are structured in ways that are difficult to predict. The expansion of the auto revolution enabled suburbanization and the way we shopped. Based on the assessment, Walmart appears to have been a bigger auto winner than the automakers themselves.

It can take years for the winners to emerge, and the biggest winners may be entirely from other industries. Rather than chasing trending themes at extreme prices, investors may need to consider more Blue Ocean opportunities or just be patient. Some of the best times to invest in technology in the last cycle were after the crash and history may well repeat itself.

This story was posted from an agency feed with no text editing. Only the title has been changed.