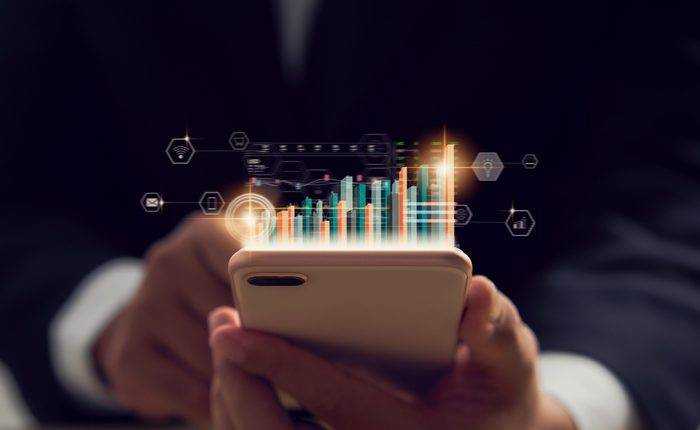 Why stock trading apps are here to stay

[Editorâ€™s Note: This is an article by Devin Partida, the Editor-in-Chief ofÂ ReHack.com. Devin is a Fintech and crypto writer whose work has been featured on industry publications such as FinTech News, Due, the Swissborg blog and FinTech Insight.]

Stock trading apps are one of the stellar success stories to emerge amid the COVID-19 pandemic. Despite widespread economic uncertainty, a host of new investors have flocked to these services to start buying stocks and cryptocurrencies. The appeal of these apps during the pandemic is easy to see.

As stock prices fell, the simplicity and gamification of trading apps like Robinhood attracted a new class of investors. Free trades and the availability of fractional shares gave cash-strapped clients the confidence to start trading. As a result, Robinhood gained 3 million users in the first four months of 2020, and its average daily users surpassed 4 million in June. In his February written testimony to Congress CEO Vlad Tenev, the company had 13 million customers.

These apps might not grab the headlines as often as they did a few months ago, but they are still hugely popular. As vaccines continue to roll out and economies reopen, will investors continue to trade so much?

The economic recovery could fuel stock trading applications instead of hampering them. While weakness in stock prices encouraged their initial adoption, positive returns and increased disposable income could support them. Users with renewed financial security may be looking to buy more stocks and will likely use vectors they are already familiar with.

Users likely won’t see sky-rocketing gains like they did in the GameStop Short Squeeze, but with a booming economy, they might continue to see positive returns on stocks. These rewards will encourage higher engagement on the apps that investors use to initially buy the shares.

Then there is the whole cryptocurrency boom. Many of these stock trading apps also offer crypto trading with similar ease of use to stock trading. Such accessibility has likely contributed to the crypto boom in recent months.

As investor peers see their success, this could encourage more new users to download these apps. Since consumers are likely to be busier than they were during the pandemic, adoption will not skyrocket the way it did in 2020. Still, it could continue to grow, albeit at a steady pace. slower.

Not all signs on the horizon are promising for investment applications.

Several of these services, notably Robinhood, have found themselves in the midst of growing controversy in recent times. Many users have accused these apps of failing to live up to the freedom they promised.

This controversy arose when Robinhood prevented users from purchasing stocks such as GameStop and AMC. The company initially cited market volatility due to the short squeeze in these stocks as the reason for halting trading. Users weren’t convinced and said Robinhood was hindering the free market by not letting them trade.

While Robinhood was at the center of this controversy, it wasn’t the only app restricting trade. CashApp, TD Ameritrade, E-Trade and Webull have also placed temporary restrictions on certain stocks, drawing criticism from users and even politicians. If Congress decides to take action against these stock trading apps, their popularity may decline.

This increasing public scrutiny could end up being a net benefit to the investment in the applications. While much of their recent publicity has been negative, it’s still publicity, which gives them the chance to impress in the limelight. These apps could expand their services or introduce new user-friendly policies in response to criticism, attracting more users.

With more people paying attention to these apps, they could prove to be invaluable tools. For example, they could serve as an easily accessible register of insider purchases, even helping to track and prevent insider trading. It’s an issue that affects even giants like Apple, so accessibility and visibility of apps could come in handy.

While apps like Robinhood are criticized, similar alternatives could take advantage to replace them. The services could learn from the mistakes of others and compare themselves to these other applications to attract users. The specific apps people use may change, but the category will remain popular.

If nothing else, the popularity of stock trading apps is part of a natural progression. Recent events aside, these services meet the growing demand for instantly accessible digital resources. Investment apps would have become more and more popular even if it hadn’t been for the pandemic or the short push of GameStop, because that’s where finance was already going.

Generation Y and Generation Z represent a growing share of investors. These generations are also digital natives. As such, they expect digital services in virtually every industry. This trend has already infiltrated finance, with 99% of Gen Z using mobile banking apps for a wide variety of stocks.

Stock trading apps are growing in popularity as virtually all types of apps are. The shift to mobile operating systems is a trend that spans almost every industry, not just finance and investing. This is where the world as a whole is heading, so a little controversy is unlikely to end this movement.

Investment apps may have exploded in the midst of the pandemic, but they are more than a trend. They are part of a larger industry-wide movement that will long survive both COVID-19 and current setbacks.

Apps like Robinhood might experience slower growth in the future, but it will be growth nonetheless. The world is becoming more and more digital, and that includes stock trading. While details may change, the investment in apps as a concept is here to stay.